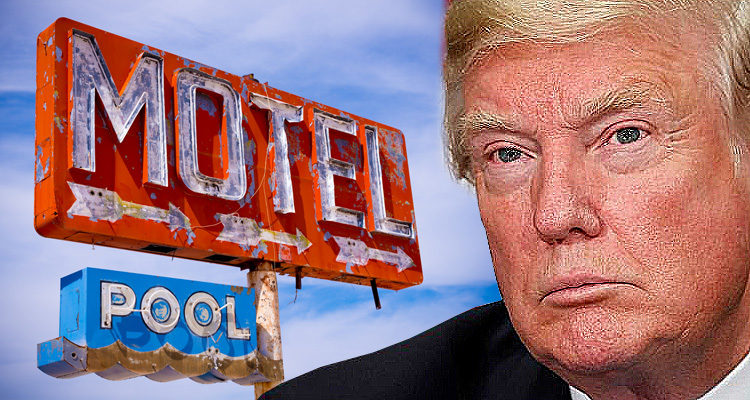 The travel industry reports a devastating loss of jobs and tens of billions of dollars in revenue, thanks to what they are calling the “Trump Slump.”

Early last year, experts predicted the loss of hundreds of thousands of jobs and billions of dollars in revenue due to the ‘Trump Slump’ in foreign travel to the USA.

The numbers are in; and the losses in 2017, while expected, were devastating.

Fortune Magazine reported last week that: “Historically, the U.S. had only to sit back and let foreign tourists and their money roll in. Over the past few years, though, that gravy train has begun to dry up, a trend that accelerated as President Donald Trump began to make good on campaign promises to restrict immigration. As a result, businesses that make up the multibillion-dollar industry relying on that revenue have grown increasingly nervous.”

Last week, the Commerce Department reported a 3.3 percent drop in traveler spending for last year, through November, the equivalent of $4.6 billion in losses and 40,000 jobs. The U.S. share of international long-haul travel fell to 11.9 percent last year, from 13.6 percent in 2015, according to the U.S. Travel Association, a slippage the group said equates to 7.4 million visitors and $32.2 billion in spending. (The average “long-haul” visitor to the states spends 18 nights and $4,400, according to U.S. Travel.)

Let’s play a game. Imagine the leader of a world power described immigrants coming from America as “rapists.” Then, shortly after taking office, that same leader banned everyone with a U.S. passport from entering the country. Later, when discussing places residents might want to visit, he described America as “a shithole.”

Would Americans book a trip there anytime soon? As they looked for places to spend hard-earned savings during a long vacation, would they even consider that country?

The answer, of course, is no. Well, it turns out much of the international community feels that way about Donald Trump and America.

CNBC reported that: “It’s a worrying trend for the travel and retail industries. International travelers tend to stay longer and spend more than their domestic counterparts.”

Tourism and retail industry leaders this week launched the Visit U.S. Coalition, which wants backing from the Trump administration to help stem the decline. The coalition was founded by U.S. Travel, a lobbying group whose members include Marriott International and Macy’s.

“Fewer visitors means fewer hotel stays, fewer meals eaten in our restaurants, fewer goods purchased in our retail stores, and fewer visits to our national attractions. It also means fewer American jobs and a loss to our economy,” said Katherine Lugar, president and CEO of the American Hotel & Lodging Association, a coalition member. “We are committed to working together with the Administration to balance a welcome message with strong security to ensure we don’t fall behind to other countries.”

The loss of billions of dollars in international travel revenue and thousands of jobs comes as no surprise.

Last February, Frommers, one of the world’s leading travel organizations, reported that: “experts across the travel industry are warning that masses of tourists are being scared away from visiting the United States, and the loss of tourism jobs could be devastating.”

This drop is known in the industry as the “Trump slump” and, as Arthur Frommer states: “I know of no reputable travel publication to deny it.”

Frommers estimated that, if the current trend continues, it “would reduce the value of foreign travel within the U.S. by billions of dollars;” and job loss “would easily exceed hundreds of thousands of workers in hotels, restaurants, transportation, stores, tour operations, travel agencies,” and other travel related industries.

Four days earlier, on 20 February 2017, The New York Times published an equally grim article, reporting that “The impact was immediate: Following President Trump’s Jan. 27 executive order banning people from seven predominantly Muslim countries from entering the United States, the demand for travel to the United States took a nosedive, according to data from several travel companies and research firms.”

Several industry websites were cited by The New York Times as confirming the decline in foreign travel, to include:

The New York Times also reported that several foreign travel sites confirmed the drop in travel, such as the Swedish travel search engine Flygresor.se which determined that online searches for travel to the U.S. declined by 47% from 2016 for the same time period. ForwardKeys, a travel research company in Valencia, Spain, reports a 6.5% drop in international bookings to the United States.