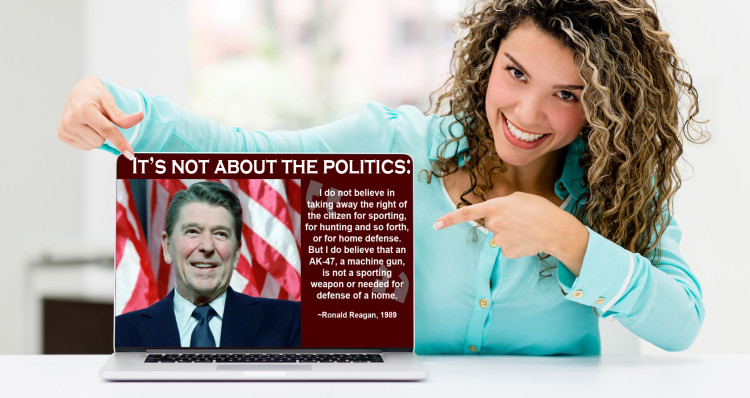 Here are 4 memes most Republicans don’t want you to see – particularly in the wake of yet another mass shooting.

On May 3, 1995, George H.W. Bush sent a letter to the National Rifle Association (NRA) informing them that he was resigning his Lifetime Membership in the organization.

I was outraged when, even in the wake of the Oklahoma City tragedy, Mr. Wayne LaPierre, executive vice president of N.R.A., defended his attack on federal agents as “jack-booted thugs.” To attack Secret Service agents or A.T.F. people or any government law enforcement people as “wearing Nazi bucket helmets and black storm trooper uniforms” wanting to “attack law abiding citizens” is a vicious slander on good people.

“Al Whicher, who served on my [ United States Secret Service ] detail when I was Vice President and President, was killed in Oklahoma City. He was no Nazi. He was a kind man, a loving parent, a man dedicated to serving his country — and serve it well he did.” he continued, adding: “In 1993, I attended the wake for A.T.F. agent Steve Willis, another dedicated officer who did his duty. I can assure you that this honorable man, killed by weird cultists, was no Nazi.”

Bush concluded by telling the NRA: “You have not repudiated Mr. LaPierre’s unwarranted attack. Therefore, I resign as a Life Member of N.R.A., said resignation to be effective upon your receipt of this letter. Please remove my name from your membership list. Sincerely, [ signed ] George Bush.” 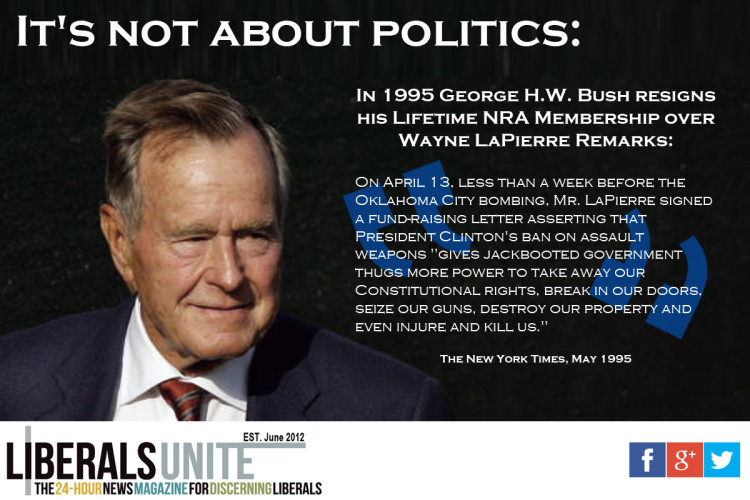 Ronald Reagan, the hero of today’s Republicans – particularly those of the Tea Party persuasion – had a decades long commitment to common-sense gun legislation spanning from his time as Governor of California through his post-presidency years.

In 1986, as president, he signed into law the Firearm Owners Protection Act, which “banned ownership of any fully automatic rifles that were not already registered on the day the law was signed.”

After leaving the presidency, he supported the passage of the Brady bill that established by federal law a nationwide, a uniform standard of a 7-day waiting period for the purchase of handguns to enable background checks on prospective buyers, writing a 1991 an Op-Ed piece in the New York Times stating his support for the Brady Bill and noted that if the Brady Bill had been in effect earlier, he never would have been shot.

He wrote, in part: “since many handguns are acquired in the heat of passion (to settle a quarrel, for example) or at times of depression brought on by potential suicide, the Brady bill would provide a cooling-off period that would certainly have the effect of reducing the number of handgun deaths.”

He also urged then President H.W. Bush to drop his opposition to the bill and lobbied other members of Congress to support the bill.

In 1994, Reagan wrote to several members of Congress urging them to listen to the American public and to the law enforcement community and support a ban on the further manufacture of military-style assault weapons. That law, the Public Safety and Recreational Firearms Use Protection Act, informally known as the Federal Assault Weapons Ban, was signed into law in 1994 by President Bill Clinton and remained in effect for ten years. 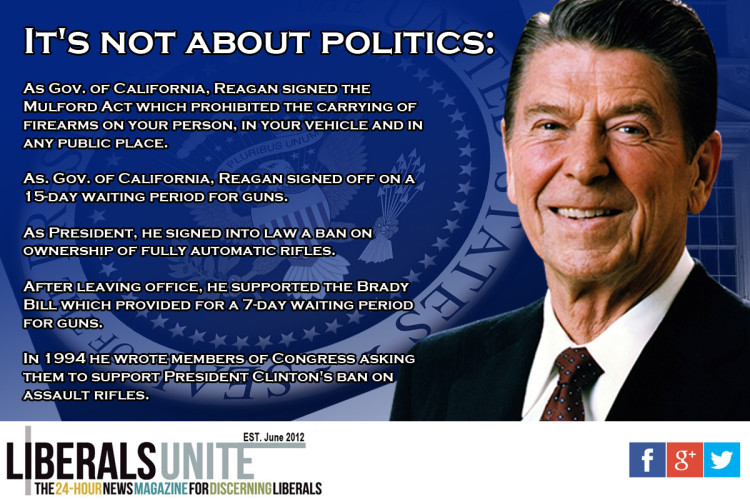 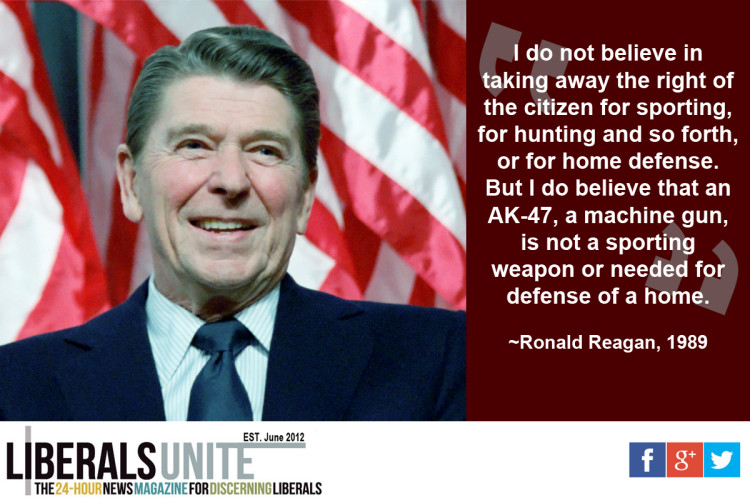 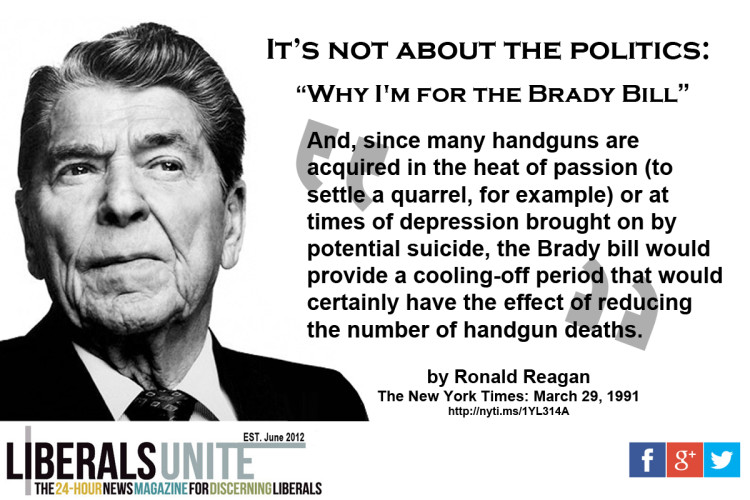