Conservative Website Tears Into Trump For His Thousands Of Lies 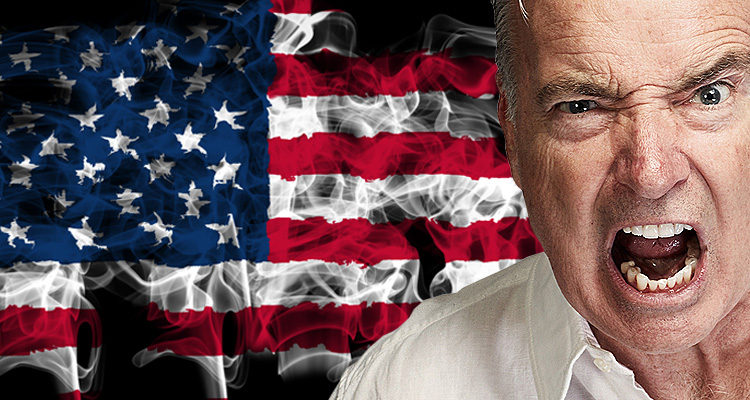 Ultra-conservative website tears into Trump for lying, for always doubling down in the face of criticism.

The internet was ablaze on Wednesday with the news that White House Communications Director Hope Hicks had resigned and would be leaving in weeks.

There was much speculation regarding the possible reason for the unexpected resignation, with The Hill providing one possible answer:

Trump reportedly berated former White House communications director Hope Hicks the day before her resignation, according to a new report.

CNN’s Erin Burnett reported Wednesday that Trump was angry with Hicks following her closed-door testimony to the House Intelligence Committee, in which she reportedly revealed she was sometimes required to tell “white lies” as part of her work in the White House.

Writing for noted conservative website Forbes, contributor Victor Lipman weighed in on what it must be like working for a man who seems constitutionally incapable of telling the truth.

Offering a couple alternate theories on why Hicks might have resigned, Lipman wrote that he couldn’t say for sure the reason, “But one thing I do know: It’s a really hard job communicating for a liar.”

Back in January, The Washington Post ran a meticulously reported story: “President Trump has made more than 2,000 false or misleading claims over 355 days.”

2,000. Even if they’re off by a few here or there, it’s still a pretty impressive number.

Lipman went on to repeat that figure three more times in his article:

Continuing, Lipman reminisced about his response to former White House Communications Director Sean Spicer’s absurd claim about the size of the crowd at Trump’s inauguration.

I remember at that exact moment thinking: Holy-moly, this is one brutal position for a press secretary to be in. The president must have put him up to that. It’s soul-wrenching (as Mr. Spicer later admitted) to knowingly say that black is white, or orange is green, or red is blue, or cats are dogs, when you know better. It can take a toll. It’s one wicked tough job. If you choose to do it.

Whew, must be awfully hard to continue to do on a day-in, day-out basis.

After some more discussion about the trials and tribulations of working for a noted liar, Lipman wrote: that Trump’s “preferred method of dealing with criticism is to never ever admit fault but to double down instead,” going on to conclude with the following admonition:

Ah, this whole topic just becomes darn depressing. 2,000 false or misleading claims over 355 days. You can call President Trump’s tortuous relationship with the truth anything you want. You can call it alternative facts, white lies, exaggerating, spinning, prevaricating, putting your best foot forward, stretching the truth, being a super salesman.

I think I prefer the term “lying.” It feels a little more honest.