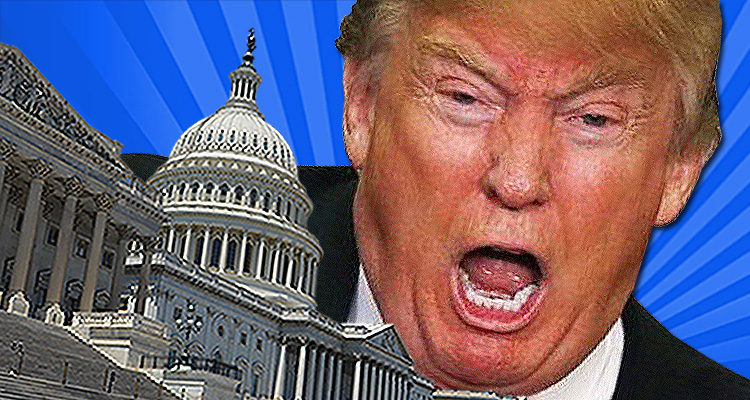 Trump’s impeachment has been one of the most talked about issues in America, and this Iowa newspaper says it’s long overdue.

Biography reported that: “In February 1868, the House voted to impeach President Johnson for violation of the Tenure of Office Act, and for bringing disgrace and ridicule on Congress. He was tried in the Senate and acquitted by one vote. He remained president, but both his credibility and effectiveness were destroyed.

Continuing, The Des Moines Register stated that: “On the anniversary of Johnson’s impeachment, it is a good time to take stock of where we are with Donald Trump.”

There are striking parallels between the two men. Johnson was an offensive and vulgar presence in the White House: an openly bigoted demagogue who often delivered outrageous and inflammatory speeches, cast political opponents as enemies, and sought opportunities to subvert Congress. He acted on impulse, driven by a potent blend of narcissism and paranoia.

The article went on to detail Trump’s behavior, as follows:

He lies with abandon. He uses the presidency to threaten political opponents, along with the freedom of the press, and the independence of the judiciary. He denies the reality of climate change… Four of his campaign aides have been indicted in Special Counsel Robert Mueller’s probe into Russian electoral interference — and he continues to insist the investigation has no merit even while more indictments pile up. His heedless, unilateral approach to international relations has ratcheted up tensions with allies and foes alike. Thanks to his recklessly aggressive posturing with North Korea, his national security advisor now says that the possibility for nuclear war is “increasing every day.”

The Des Moines Register also discussed several of the appropriate charges for impeachment:

Between his refusal to implement sanctions against Russia despite Congress’s veto-proof majority; his reckless, bigoted, and inflammatory rhetoric against Muslims, immigrants, and other communities of color; and the cover he gave to the white supremacists who started a riot in Charlottesville, he already exceeds the standard [for impeachment] set with Johnson.

Yet his record goes even farther into unacceptable territory. By publicly attempting to obstruct justice in the FBI’s Russia investigation, Trump has also crossed the red line that Congress established with the investigation into President Nixon’s role in the Watergate scandal. And if that’s not enough, legal experts argue that Congress has several other grounds for impeachment to pursue, from Trump’s constant violations of the emoluments clause to his abuse of the pardon power.

The article concluded with the following challenge to those in Congress who oppose impeachment:

I challenge any representative opposed to impeachment to articulate why our assessment of this president isn’t true, why he deserves to remain in power, and how we can afford to endure the damage he is doing to the country. If they can’t, then what are we waiting for? Are we supposed to swallow the notion that we can’t impeach a demagogue because it might offend his core supporters’ sensibilities?

With the safety of the American people and the health of our democracy at stake, our Democratic and Republican leaders in office are morally and constitutionally obligated to rise above political games. Our country and everyone in it must come first.