Jimmy Fallon Destroys Trump For Acting Like A Toddler 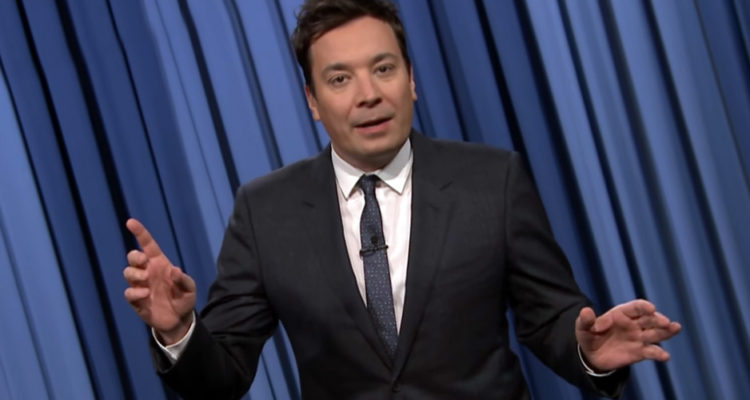 Indeed, as The Atlantic reported, Tillerson had no clue he was being fired until Trump tweeted about it Tuesday morning.

The White House said Tuesday that Tillerson was informed last Friday that he would be replaced as secretary of state. But the statement released Tuesday by Steve Goldstein, the undersecretary of state for public diplomacy, suggested Tillerson did not see it coming until he saw the president’s tweet Tuesday morning that he would be replaced by Mike Pompeo, the CIA director. Goldstein himself has been fired since making the statement.

While there has speculation regarding who exactly pushed for Tillerson’s ouster, The Hill reported that “Trump said on Tuesday that he made the decision to oust Secretary of State Rex Tillerson on his own, and that Tillerson would be ‘much happier now.'”

“I made that decision by myself. Rex wasn’t, as you know, in this country,” Trump said to reporters, adding: “As far as Rex Tillerson is concerned, I very much appreciate his commitment and his service and I wish him well. He’s a good man.”

Jimmy Fallon roasted Trump over the firing during Tuesday’s monologue, taking him to task for his remarks.

“Today I heard Trump has been telling people that he fired Rex Tillerson all by himself. Trump brags about firing people the same way a toddler brags about using the bathroom alone for the first time.”

After a quick pause for applause he added “I’m a big kid now,” a reference to an ad campaign for Huggies Pull-Ups diapers.

Fallon’s first spoof read: “When Mike Pompeo is fired, Gina Haspel will be the new Secretary of State. She will do an even more fantasticker job! Thanks to Mike Pompeo, don’t let the door hit ya where the good Lord split ya. The new CIA Director will be Don Jr. Congratulations to all! “

His second: “When Gina Haspel gets canned, Don Jr. will be the new Secretary of State. He’ll do the fantasticliest job! Thanks to Gina Haspel for your service, and reminding me it’s Gina not GYNA. The new CIA Director will be ME. Congratulations to all!”