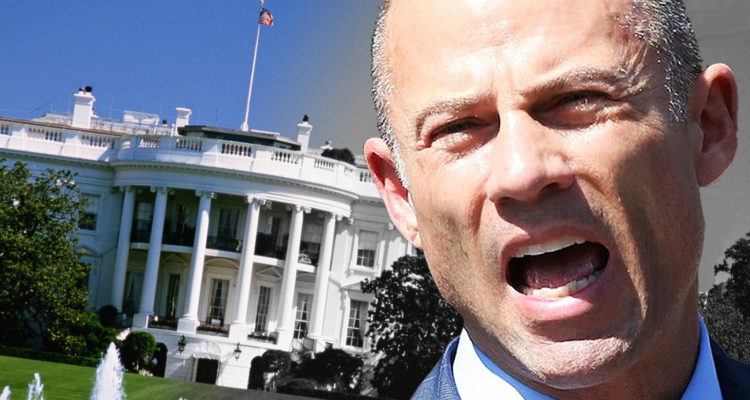 Michael Avenatti has been taking Twitter trolling to new heights, proving again and again his mastery over Trump and his legal team – outmaneuvering them at every step.

Things took a turn for the worse for Trump and his embattled personal attorney Michael Cohen when Michael Avenatti fired a warning shot at the un-dynamic duo, tweeting:  “Let this serve as formal notice – there is significantly more evidence and facts to come relating to Mr. Cohen’s dealings and Mr. Trump’s knowledge and involvement. You can come clean now or wait to be outed. Your choice. We have only just begun…”

Later that evening, he fired another shot, tweeting: “In 2017-18 – Why was Mr. Cohen paying Demeter Direct Inc. in Los Angeles large sums of money from his Essential Consultants LLC account? Keep attacking me Mr. Giuliani and @foxnews. Please.”

And this isn’t the first time Avenatti has fired a warning shot over Trump’s bow. You might recall that Avenatti tweeted a photo of a DVD a few days before Stormy Daniels’ explosive “60-Minutes” interview, tweeting the following cryptic message: “If “a picture is worth a thousand words,” how many words is this worth?????#60minutes #pleasedenyit #basta”

If “a picture is worth a thousand words,” how many words is this worth?????#60minutes #pleasedenyit #basta pic.twitter.com/eCkU0JBZaR

As Newsweek reported, “Avenatti has described the picture of the DVD as a ‘warning shot’ to Trump.”

Asked whether he would release the DVD during a recent appearance on HBO’s “Real Time With Bill Maher,” Avenatti responded: “Possibly. It depends how the case progresses.”

“We took that picture, and we tweeted it out; and it was exactly that—it was a warning shot to Michael Cohen and the president that if they tried to claim that my client was a liar after 60 Minutes there were gonna be consequences, and it worked, and it worked perfectly because we heard nothing from them,” Avenatti continued, adding: “So, we have the DVD, and we’re gonna release it when and if it’s necessary, and we’re gonna see what happens with the case.”

Avenatti’s Friday warning could likely prove well-placed. Remember, on Tuesday, Avenatti dropped a major bomb when he tweeted: “After significant investigation, we have discovered that Mr. Trump’s atty Mr. Cohen received approximately $500,000 in the mos. after the election from a company controlled by a Russian Oligarc with close ties to Mr. Putin. These monies may have reimbursed the $130k payment.”

After significant investigation, we have discovered that Mr. Trump’s atty Mr. Cohen received approximately $500,000 in the mos. after the election from a company controlled by a Russian Oligarc with close ties to Mr. Putin. These monies may have reimbursed the $130k payment.

Covering the significance of Avenatti’s tweet, The Atlantic reported that “Trump’s two biggest scandals converge in a single tweet. Stormy Daniels’s lawyer is attempting to connect the dots between the Russia probe and the Michael Cohen investigation.”

Politico reported on the significance of these recent events:

Every political scandal ultimately turns into a money scandal. The article of impeachment brought against President Richard Nixon included charges that he’d been party to the payment of “substantial” amounts of money to silence or influence potential Watergate witnesses. The Iran-Contra affair sluiced money from illegal arms sales to Iran to finance the Nicaraguan contras. Spiro Agnew resigned from the vice presidency while being investigated for bribery, tax fraud, and extortion.

This week, the Russia scandal vectored in that direction as Trump attorney Michael Cohen’s financial records ripped a pants seam; and news of the ill-gotten cash he had deposited in his shell company, Essential Consultants LLC, gushed out. We learned that AT&T gave Cohen $600,000 for his “insights,” that Novartis dropped $1.2 million on him for political advice on “health care policy matters,” and Korea Aerospace Industries chipped in $150,000 for “legal consulting.” The most audacious money drop came from Columbus Nova—a U.S. company reportedly controlled by a Russian company controlled by oligarch Viktor Vekselberg, who was recently sanctioned by the U.S. government. Columbus Nova blew $500,000 on the besieged attorney, calling the payment a “consulting fee.” On Friday, the Wall Street Journal reported that Cohen pitched his consulting services to Ford, but they shut him down. On CNN, former federal prosecutor Renato Mariotti guessed that investigators would want to determine whether he had lied about what he could deliver. “If you lie to somebody to get their money, that’s fraud,” Mariotti said. [emphasis added to relate to the CNN article cited below]

That analysis by Politico, bundled together with an article by CNN, may shed some light on the significance of Avenatti’s second tweet of the day, on Friday, when he reference payments by Cohen to Demeter Direct.

Mark Ko, the head of a company called Demeter Direct, told CNN on Friday that he served as a middle person between Trump aide Michael Cohen and Korea Aerospace Industries.

“With regards to your inquiry on my involvement with Michael Cohen, I was brought in as business consultant and translator between Michael Cohen and Korea Aerospace Industries,” Ko told CNN in an email. “The relationship officially ended on November 2017.”

It was reported this week that Korea Aerospace Industries paid Cohen $150,000 in consulting fees.

Considering what we have been able to glean from observing Avenatti in action so far, there is every reason to take him  and his warnings to Team Trump seriously. And they should too, but so far they seem more content to throw more gas on that fire, committing repeated legal gaffes that not only imperil Trump’s chances of surviving the Stormy Daniels’ controversy – but also of landing in hot water with Special Prosecutor Robert Mueller.