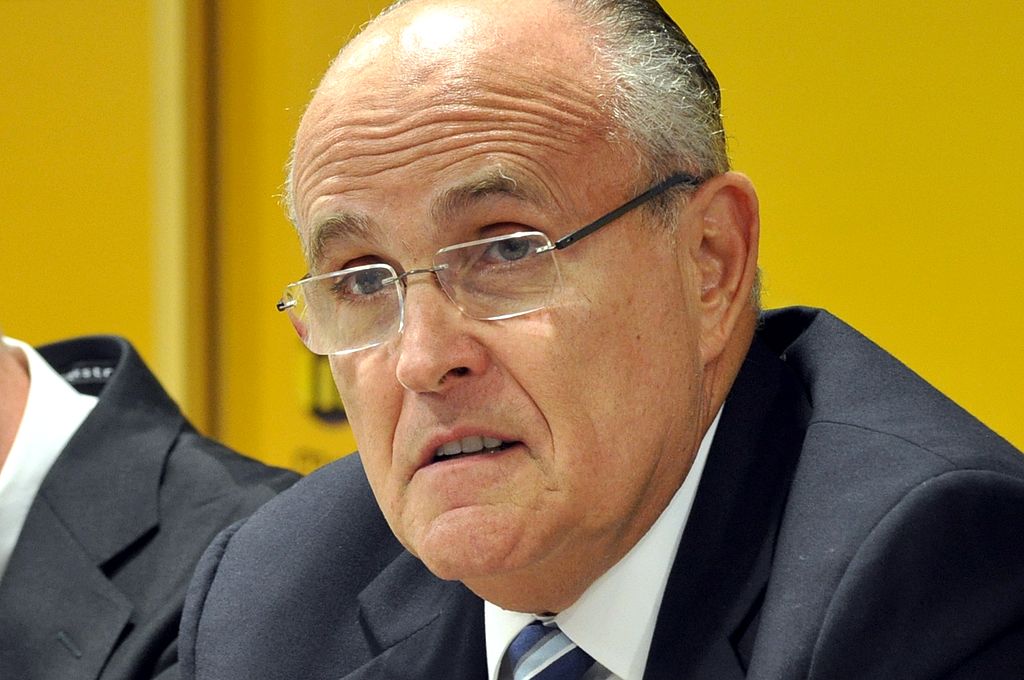 Giuliani has been attempting to pressure Special Counsel Robert Mueller’s team into wrapping up their investigation into possible Russian tampering in the 2016 election.

On Monday, Giuliani was at it again, this time on Twitter, tweeting: “All developments point to no collusion. Papadopoulos testified no knowledge of collusion. Woodward,after exhaustive research, found no evidence. And “anonymous author” makes no such allegation. Why? Because the President did nothing wrong. Time to end it,” – “it” being Mueller’s investigation.

Abramson had the perfect response, tweeting: “Keep in mind Rudy’s working definition for “collusion”: Col·lu·sion (kəˈlo͞oZHən), noun. President Vladimir Putin sitting at a computer with Donald Trump on his lap as Trump hacks into the DoD mainframe, borscht dripping from the right side of his mouth and caviar from the left.”

Col·lu·sion (kəˈlo͞oZHən), noun. President Vladimir Putin sitting at a computer with Donald Trump on his lap as Trump hacks into the DoD mainframe, borscht dripping from the right side of his mouth and caviar from the left. https://t.co/yCs4vfYL97

If you are interested in reading more of Abramson’s thoughts, Twitter user @chicken_afraido created a document linking to every Trump-Russia thread published by Abramson going back to autumn of 2016. The document begins with his updated bio from 8 December 2017, but then hops to his latest threads and works in reverse chronological order. He also has a web page linking to Abramson’s threads using category listings for those interested in a breakdown by topic.