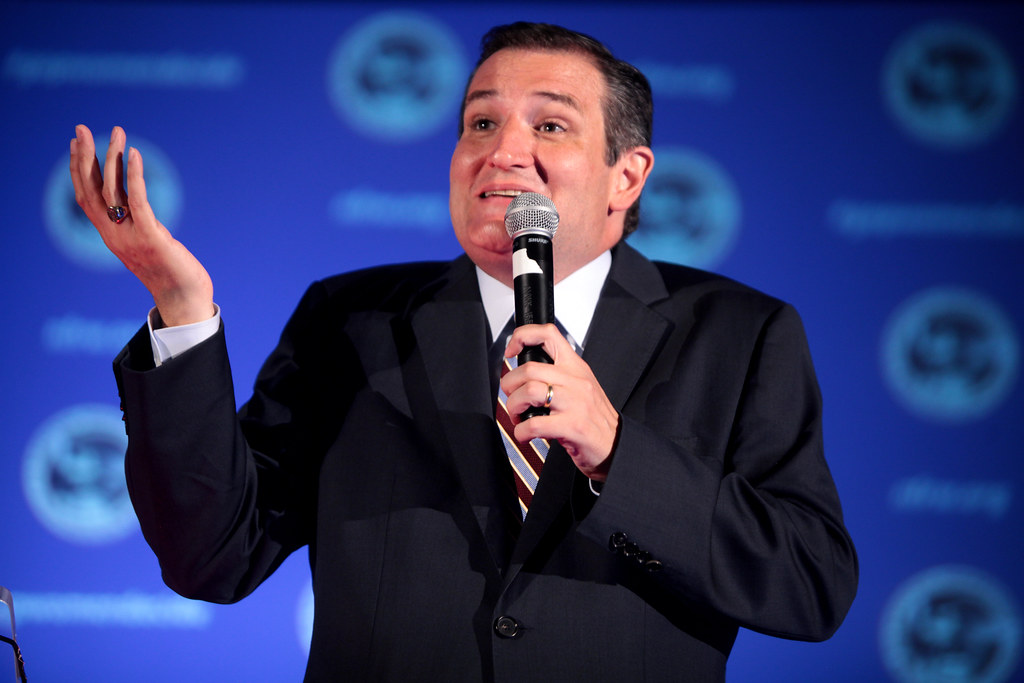 David Hogg isn’t holding back when it comes to pushing back against Ted Cruz and his bid for re-election in Texas.

The New York Times reported earlier this week that: “If elections were decided by viral videos and fawning media profiles, Democrat Beto O’Rourke would win Texas’ Senate race in a landslide.”

The White House is taking notice. President Donald Trump tweeted that he plans to stage “a major rally” for Cruz in October. Help from the president was long unthinkable in a race that for months looked like a Cruz cakewalk.

“I will be doing a major rally for Senator Ted Cruz in October. I’m picking the biggest stadium in Texas we can find. As you know, Ted has my complete and total Endorsement. His opponent is a disaster for Texas – weak on Second Amendment, Crime, Borders, Military, and Vets!” Trump tweeted.

An elated Ted Cruz responded: “Terrific! Texas will be glad to see you. Working together, we’ve won major victories for the people of Texas: historic tax cuts, repealing job-killing regulations, rebuilding the military & confirming strong constitutionalist judges. And as a result, the Texas economy is booming!”

Terrific! Texas will be glad to see you. Working together, we’ve won major victories for the people of Texas: historic tax cuts, repealing job-killing regulations, rebuilding the military & confirming strong constitutionalist judges. And as a result, the Texas economy is booming! https://t.co/BkeHpUo1pn

USA Today reported that: “Democrats were quick to seek to turn the Trump visit to O’Rourke’s advantage.”

“Ted Cruz is so scared of Beto O’Rourke that he needs help from serial liar Donald Trump — the man who said his father killed JFK, called his wife ugly, and called him a lying loser,” Democrats stated in an email.

Continuing, USA Today reported that: “O’Rourke made similar comments Friday afternoon at a news conference right before a welcoming rally at a restaurant in Downtown El Paso. He ended a 34-day tour across Texas in which he had close to 100 events.”

“Without PACs, corporations, special interests, we the people of Texas are making something extraordinary happen and we will do it against the odds, even of having the president of the United States come here to campaign against us,” O’Rourke said.

USA Today reported in a subsequent article that activist David Hogg was quick to respond to the news:

Activists including David Hogg — a survivor of the Parkland, Fla., high school shooting — have reached their fundraising goal for a mobile billboard that will take aim at President Donald Trump’s support of U.S. Sen. Ted Cruz’s reelection campaign.

The planned sign will feature Trump tweets that are critical of Cruz, written during the President’s 2016 campaign. At the time, Cruz was a political rival but has since proven to be an ally on most issues.

David Hogg took to his Twitter page over the weekend to post images of Trump tweets Cruz:

So many wonderful selections to choose from… Thank you @POTUS pic.twitter.com/Q9dmuQr2AT

Writing about the the billboard campaign, The Washington Post reported that:

Antonio Arellano, a Houston-based activist and Latino community organizer, thought fellow Texans may need a reminder of how Trump has suggested they vote when Cruz is on the ballot.

He started a GoFundMe page to fuel the effort, and donations soared. Arellano was subsequently joined by David Hogg, a former student at Marjory Stoneman Douglas High School in Parkland, Fla., who got involved after catching wind of the image on Twitter. Political activist Claude Taylor also joined the effort, and their $6,000 goal was met and surpassed within a day, Arellano said.

Arellano said the actual billboard will be a mobile truck with two sides, and could carry two different tweets at once, one on each side. The route has not yet been planned, but Arellano said he is exploring where in the state he should dispatch it with the hashtag #TrumpTweetTruck.

David Hogg tweeted out a thank you to donors over the weekend:

We did it!!!!! Thank you to everyone who contributed. https://t.co/e5WykhREsG