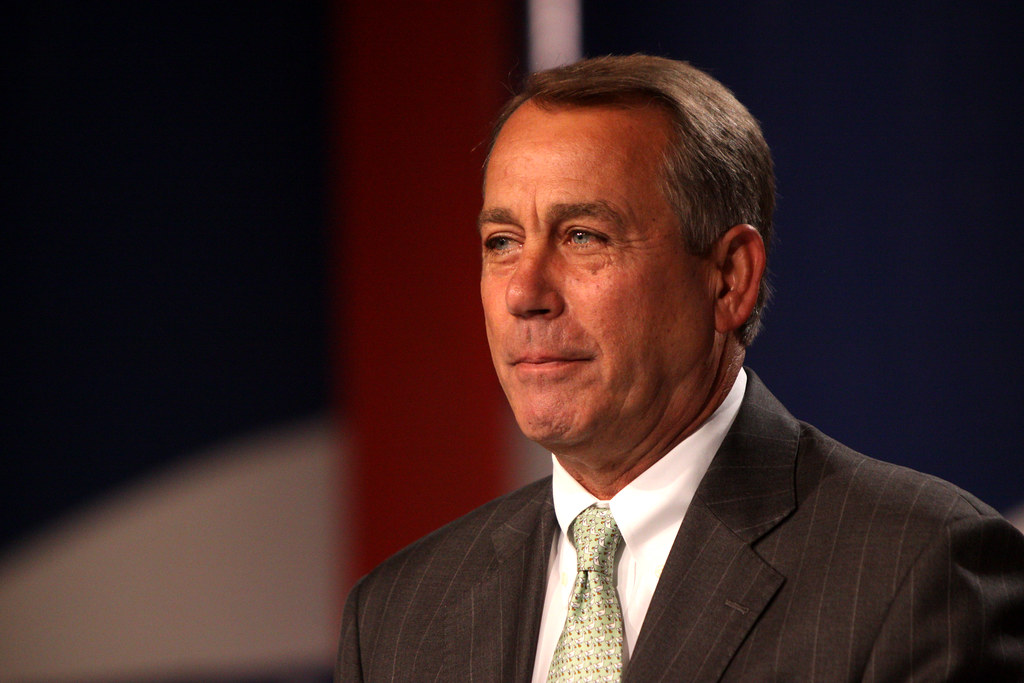 Speaker of the House, John Boehner, has announced that he will be resigning as House Speaker and from Congress in October.

The Republican Speaker announced that he will resign next month after serving for four years in the top post of the U.S. House of Representatives.

The Guardian reports that “The Republican leader announced his resignation to a party conference at a meeting on Friday morning, where he told his members he didn’t want to become “the issue” amid reports of conservative infighting,” adding that “Boehner has been under intense pressure from House conservatives, who have repeatedly threatened to stage a coup against the speaker when they expressed dissatisfaction with his leadership in high-profile fights on Capitol Hill.”

“Aides and members of Congress in the room, who were stunned by the announcement, said Boehner received a standing ovation during the meeting,” according to the report by The Guardian.

An aide to Speaker Boehner told Business Insider that “Boehner had planned to retire last year. His calculus was changed, however, by the unexpected Republican primary loss of former House Majority Leader Eric Cantor, a close Boehner ally whose 2014 defeat shocked Washington.”

Below is the full statement from a Boehner aide:

Speaker Boehner believes that the first job of any Speaker is to protect this institution and, as we saw yesterday with the Holy Father, it is the one thing that unites and inspires us all.

The Speaker’s plan was to serve only through the end of last year. Leader Cantor’s loss in his primary changed that calculation.

The Speaker believes putting members through prolonged leadership turmoil would do irreparable damage to the institution.

He is proud of what this majority has accomplished, and his Speakership, but for the good of the Republican Conference and the institution, he will resign the Speakership and his seat in Congress, effective October 30.

BBC reports that describing Mr Boehner’s resignation as “seismic”, House Minority Leader Nancy Pelosi said, “The disarray among House Republicans, their obsession with shutting down government at the expense of women’s health needs to be reckoned with and recognised”.