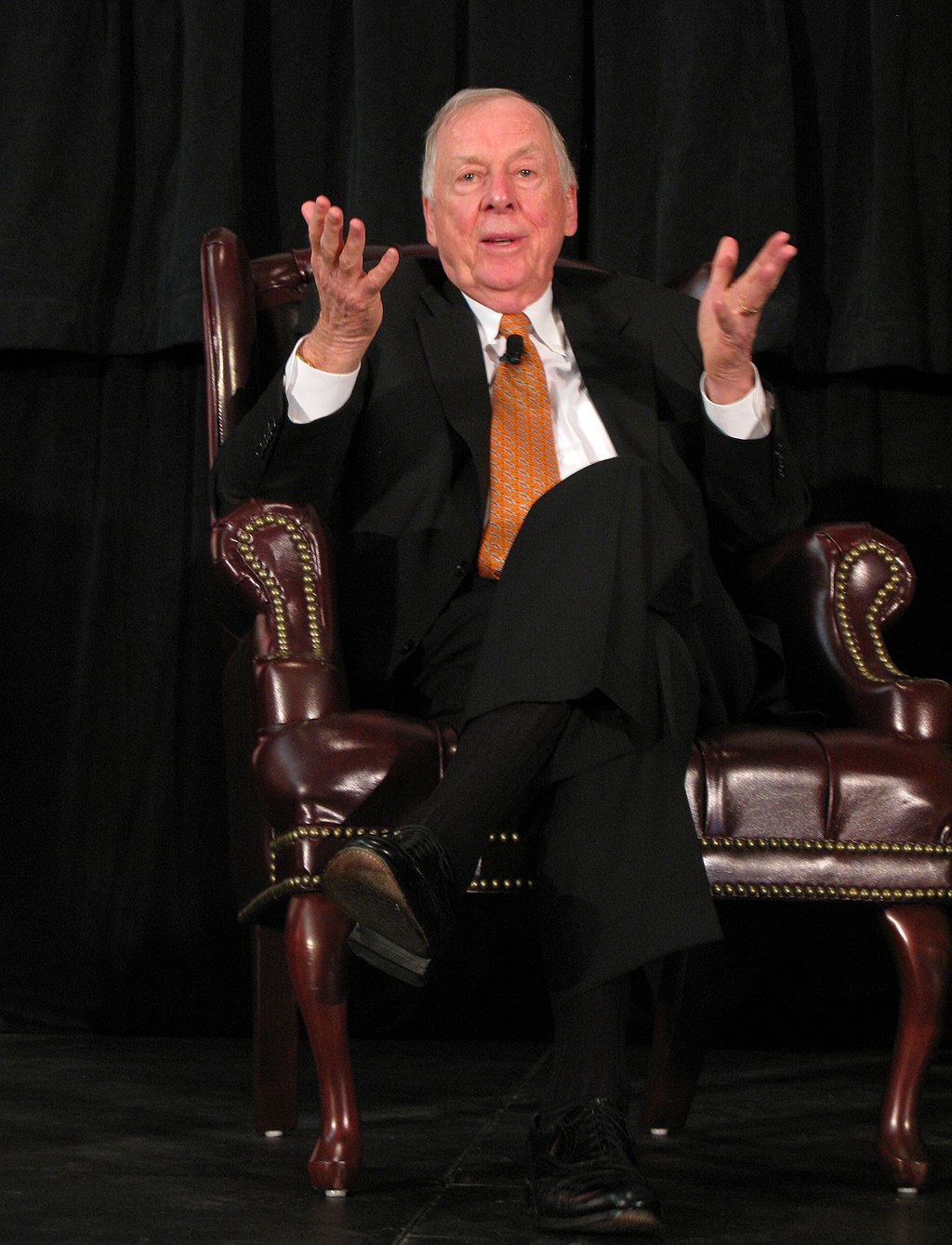 Disgusted by the Reality TV atmosphere of the current Republican primary – a major GOP donor calls for a screening process for presidential candidates.

BP Capital founder T. Boone Pickens, a billionaire Republican donor well-known as a takeover operator and corporate raider during the 1980s, is calling for the creation of a bipartisan panel to screen potential candidates for the presidency.

A noted financial supporter of George W. Bush and an investor in Halliburton, Pickens wrote a LinkedIn post last week entitled: “Let’s Find a Better Way to Elect Our President.”

In the post he writes: “We’ve turned our presidential selection process into a reality TV show,” warning: “Hell, it’s worse than reality TV. Why? Because this reality TV show is about the selecting the leader of the Free World.”

Article II, Section 1, Clause 5 of the Constitution sets the requirements to hold the office of the president with the only stipulations required for running for office including: being a natural-born citizen of the United States, at least thirty-five years old and having been a permanent resident in the United States for at least fourteen years.

However, Pickens wants to change all that. Writing that “We now have a presidential election process that penalizes success and accomplishment and rewards those without battle scars from business or politics,” Pickens details his “big” plan to change that process in his post: “My big idea for 2016 is to put together a bipartisan screening committee that vets presidential candidates like we do anyone else applying for a job and recommends the best candidates possible.”

Pickens warned that: “We have people running for president now who don’t even have experience running a lemonade stand.”

“Right now we have a process that emphasizes accusation and innuendo. Fact-checking is done… after the fact. And just like reality TV, there is too much of an emphasis on the inconsequential and the irrelevant,” Pickens continued referring to the infighting and incessant public brawls between the Republican presidential hopefuls.

“Such a vetting process could alleviate much of that,” he concludes of his plan, adding: “Let’s have some bold thinking here. We are the greatest nation to ever grace this Earth. We have tough challenges and issues to confront. We need a process that insures we bring the best talent to the table and let’s the people decide.”

To accomplish his goal of creating this panel, Pickens referred to the “Convention of States movement” and the utilization of Article V of the U.S. Constitution which provides for the initiation of a Constitutional Convention for the purpose of altering the document.

The aim of the Convention of States movement, according to Pickens “would be to propose amendments to the Constitution that would put limits on federal spending and our debt spree, put limits on the reach of our regulatory system and the courts,” and apparently to provide for the creation of his bipartisan panel to screen presidential candidates to his liking.

FOOTNOTE 1: Farris also maintains close ties with conservative leaders like Jerry Falwell of the former Moral Majority, Pat Robertson of the Christian Coalition and Phyllis Schlafly of the Eagle Forum.

FOOTNOTE 2: Meckler is a regular contributor to the conservative websites: Breitbart, the American Spectator, and SelfGovern.com.