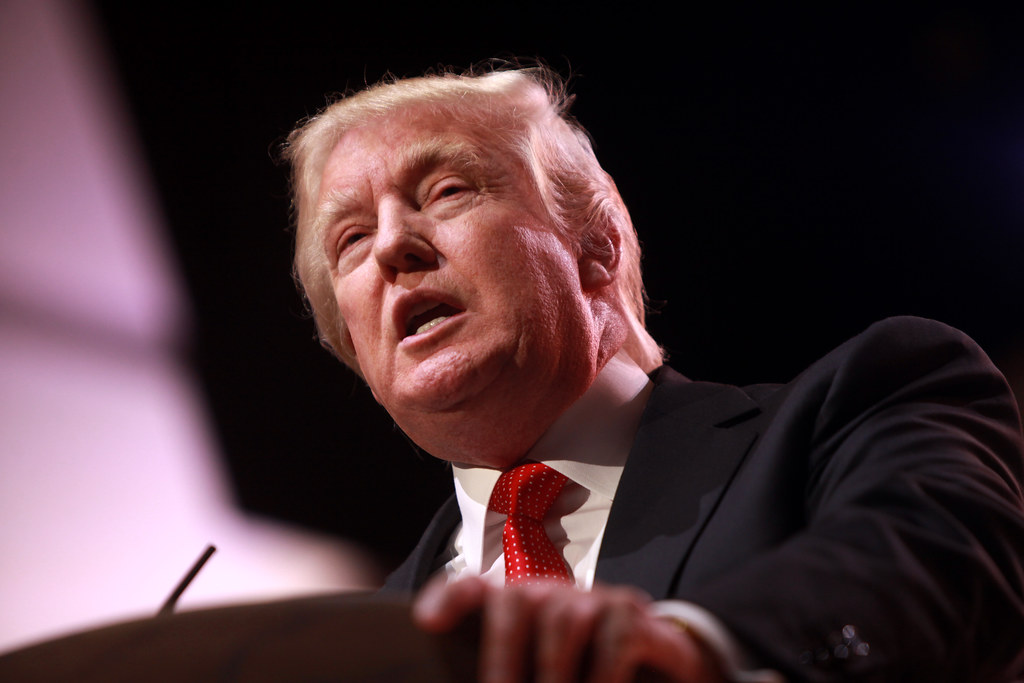 How Donald Trump Answers A Question

Have you ever wondered about the words Donald Trump uses on the campaign trail? He avoids multi-syllabic words. He chooses short, simple words and forms short, simple sentences and paragraphs. His strategy is working and clearly appeals to his fanatical conservative base. He’s surging in the polls.

Politico ran an interesting piece addressing this very subject last summer.  “In the August 6th Republican candidates debate, Trump answered the moderators’ questions with linguistic austerity,” they reported , adding: “Run through the Flesch-Kincaid grade-level test, his text of responses score at the 4th-grade reading level. For Trump, that’s actually pretty advanced. All the other candidates rated higher, with Ted Cruz earning 9th-grade status. Ben Carson, Mike Huckabee, and Scott Walker scored at the 8th-grade level. John Kasich, the next-lowest after Trump, got a 5th-grade score.” Politico goes on to note that Trump’s comments from a news conference on August 11 in Michigan earned only a 3rd-grade score.

And Trump’s carefully crafted monosyllabic way of speaking isn’t indicative of a lack of intelligence. It’s quite the contrary – it’s indicative of his ability to speak to his base using language they can understand. Just last month during interviews with Rachel Maddow and TheWrap, former news anchor Dan Rather warned the media not to underestimate Trump, stating that while Trump appears to make dumb statements, he is actually quite smart and all of the controversial comments Trump makes are “tactical moves.”

Evan Puschak has been producing a weekly web series called The Nerdwriter with the aim of helping cultivate a broader worldview for viewers and addresses Trump’s strategy from a technical perspective. Using a question from Jimmy Kimmel1, Puschak provides an enlightening analysis of Donald Trump’s manner of speaking in the clip below. As Puschak explains, Trump’s 220 word, exactly 1 minute answer “displays a range” of the techniques that Trump uses all the time in his speech.”

The simplicity of language

“Of the 220 words, 172 or 78 percent are one syllable and often they come in a rhythmic series like a volley of jabs, ending with one of his buzz-words.” 39 words or 17 percent are two syllables long, and only 4 words have three syllables – the word “tremendous” which appears 3 times and “remember,” occurring just once. Just 2 words have four syllables – “California” – “which he is forced to use because it has less syllables than ‘San Bernardino'” and “temporary.”

“Trump favors simple sentences like “We have a real problem” or “There is a tremendous hatred out there.” As Paschak explains, Trump rarely using complex sentences or independent clauses. Trump also uses second person much of the time “addressing listeners directly with commands” such as “Look at Paris,” “Look at what happened in Paris,” “Look at what happened last week in California.” He also tries to “implicate us in what he’s saying as if we already agree” – “and you watch last night, and you see people talking.“

As Paschak concludes, “these final words are crucial for Trump. They’re pointed and taken together sketch the theme of the entire answer. –“harm,” “dead,” “die,” “injured,” “problem,” “root cause,” “thank you,” “bedlam,” “point,” “problem,” “service,” “problem.” — In some sense it’s these words that audiences remember, especially when the rest of the speech is incoherent. Like the best salesman – Trump keeps it simple. He repeats a lot. ‘We have a real problem.‘ “What is the problem‘ ‘We do have a problem.‘ ‘We have to get down to the problem.’ And he uses his favorite words over and over…. And he always seems to have friends who are part of the group he is currently insulting calling him up and thanking him for the privilege. ‘Many of them called me and the said, ‘you know Donald – you’re right, we have a problem.’…”

“Donald Trump knows when to sound incredulous or forceful. He has good comedic instinct. You could even call him ‘witty.’ But you can’t call him smart or well-informed. The best salesman could sell you a TV without knowing anything about it because the TV isn’t what matters. What matters is you. If you are an America citizen who for years has listened to politicians sound sophisticated while accomplishing nothing, you just might be primed for something that they are not. But the next time you feel that Donald Trump has a point, do yourself a favor and look at his words.”

FOOTNOTE 1: “Isn’t it un-American and wrong to discriminate against people based on their religion?”