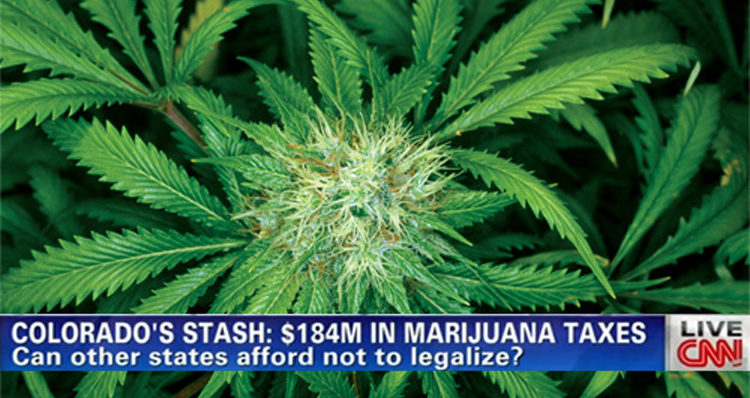 After Colorado earned 184 million dollars in marijuana taxes, should other states consider legalization?

Colorado’s Joint Budget Committee released a report projecting “revenue of about $610 million from retail and medical marijuana from Jan. 1 of [2014] to June 30, 2015,” resulting in about about $184 million in tax revenue from marijuana in the first 18 months after legalization, as reported by CNN in February of 2014. (The official State of Colorado Department of Revenue has all the current data on marijuana taxes for those interested.)

The committee also issued a request for $103.5 million to be allocated for the following causes:

$45.5 million for the prevention of youth marijuana use; $40.4 million for treatment of substance use; $12.4 million for public health; $1.8 million for regulatory oversight; $3.2 million for law enforcement and public safety; and $200,000 for something called “statewide coordination.”

The committee said this allocation of funds “represents a strong yet cautious first step toward ensuring a safe and responsible regulatory environment.”

As The Cannabist reported earlier this year:

Colorado’s 2015 marijuana tax and sales totals tell a story of implementation and growth. While the state’s pot shops sold more than $699 million of cannabis in 2014, they moved more than $996 million in 2015 — a year when more pot shops opened, more municipalities started allowing these businesses and more customers found their way into the regulated market. Year-over-year totals for taxes and license fees grew too, from $76 million in 2014 to $135 million in 2015.

“I’m really proud of our state and proud of our legislators and local officials, who have helped us transition away from an underground market so quickly so that our state can see the benefits of tax revenues, regulated sales, jobs and economic development” said cannabis industry attorney Christian Sederberg upon hearing the 2015 figures.

You can watch a clip from CNN below: