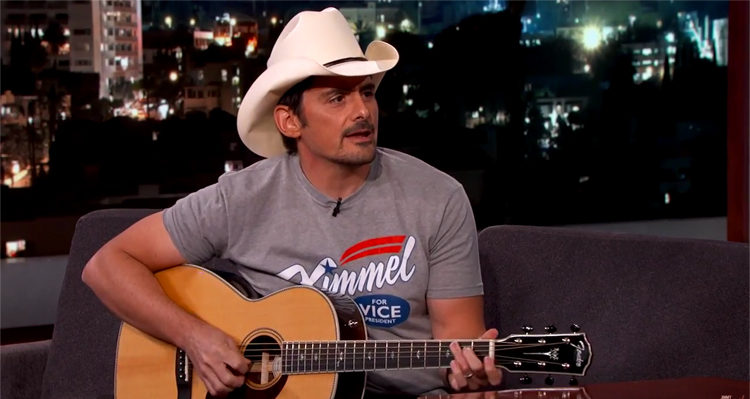 Brad Paisley has something to say about transgender bathroom laws.

Paisley pulled out a guitar on Tuesday while appearing on Jimmy Kimmel Live and belted out a a re-worked version of Tammy Wynette’s “Stand By Your Man.”

“Sometimes it’s hard to be a woman especially when you were born a man,” Paisley sang, with fresh lyrics to poke fun at controversial transgender backroom laws.

“North Carolina, they’re checking for vaginas if you want to use the can.”

“Sit by your man; we’re all just human beings,” Paisley continued, adding: “He’s just a human peein’/in the stall right next to you.”

You can watch it all, below: