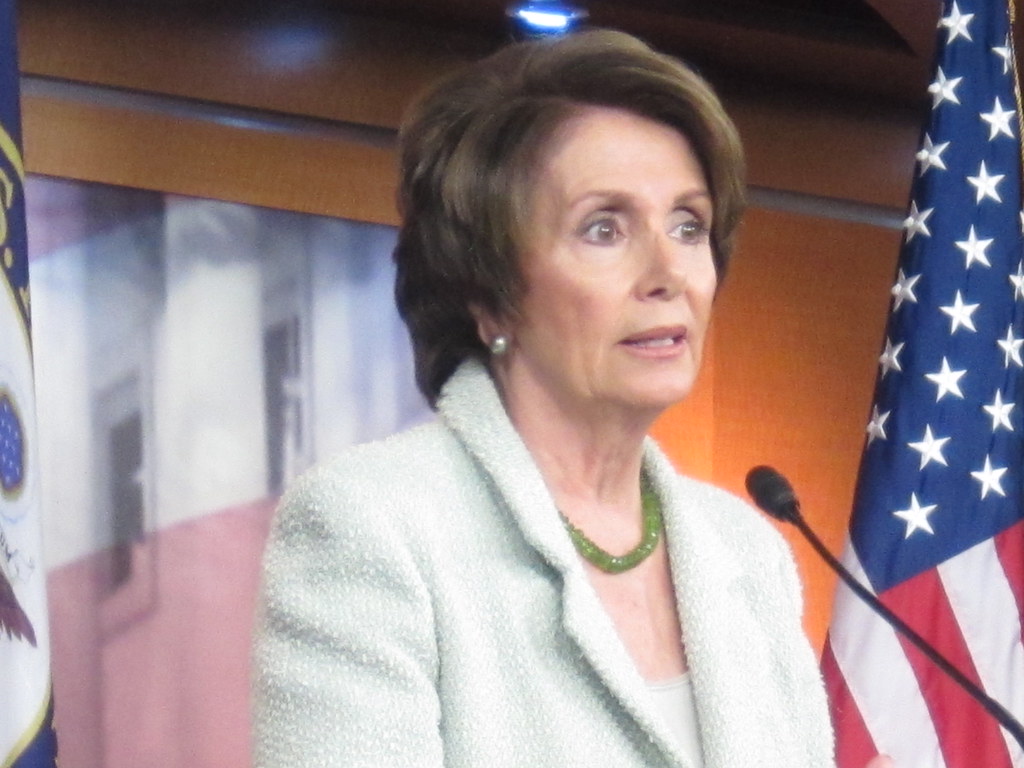 This weekend House Minority Leader Nancy Pelosi warned fellow Democrats and their family members not to answer phone calls or incoming texts after she received what the Associated Press reported was “a deluge of obscene voicemails and text messages.”

Pelosi, the highest ranking Democrat in Congress also told Democratic colleagues that she was changing her phone number and advised that they should do the same.

The Associated Press reports that Pelosi sent out a letter to colleagues warning that “the breach targeted the Democratic Congressional Campaign Committee and other Democratic Party entities. As a result, a mix of personal and official information of Democratic members and hundreds of congressional staff, purportedly from a hack of the DCCC, was posted online, she said.”

“Pelosi said Saturday she was flying from Florida to California when she heard about the posting of information such as cell phone numbers,” according to the report by the Associated Press.

“Upon landing, I have received scores of mostly obscene and sick calls, voicemails and text messages,” Pelosi said in her letter.

Speaking to reporters on Thursday, House Minority Leader Nancy Pelosi compared the hack to the infamous break-in of DNC offices at the Watergate complex that was tied back to President Richard Nixon and the White House.

“Let me just say this in terms of the presidential campaign: This is an electronic Watergate,” Pelosi said, adding: “This is a break in.”

According to the Associated Press: “A hacker who calls himself Guccifer 2.0 took credit for posting the information Friday night. He had claimed responsibility for the recent hack of Democratic National Committee emails, which roiled the Democratic National Convention last month. While Guccifer 2.0 has described himself as a Romanian hacker and denies working for Russia, online investigators assert that he is linked to Russia.”

The Associated Press went on to report that: “the chief information security officer of the House, John Ramsey, in coordination with U.S. Capitol Police, has sent communications to those people whose email addresses have been made public about how to address the problem.”

Ramsey, in a memo distributed by Pelosi, advised lawmakers to change passwords to all email accounts that they use and strongly consider changing non-House email addresses if possible. Should lawmakers or staff receive any threats or observe suspicious activity, they should contact U.S. Capitol Police and local police, he said in the memo.

The chairman of the DCCC, Rep. Ben Lujan of New Mexico, held “a conference call with lawmakers on Saturday evening along with cybersecurity experts who have been investigating and responding to the breach,” according to the Associated Press.

“This is a sad course of events, not only for us, but more importantly for our country,” Pelosi said while urging lawmakers to participate in the call.

The Associated Press concluded their report, writing that:

Disclosures of email showing DNC staffers privately supporting Clinton during the presidential primary while publicly maintaining they were neutral in her race with Bernie Sanders led to the resignation of DNC chair Debbie Wasserman Schultz.

Rep. Adam Schiff of California, the top Democrat on the House Intelligence Committee, said in a statement late Friday that when the responsible parties are caught, he hopes the Obama administration “will disclose who is attempting to interfere with the American political process, and levy strong consequences against those responsible.”

CNN reported last week that: “While the US has not publicly named Russia as the culprit, the White House has acknowledged that is the belief of experts who investigated the cyberattack. Pelosi said Thursday she knows ‘for sure it is the Russians,’ though she didn’t know if the attack affected the DGA.”

“I think that we have to recognize what is happening here,” Pelosi said last Thursday, adding: “The Russians broke in. Who did they give the information to? I don’t know. Who dumped it? I don’t know. But I do know that this is a Watergate-like electronic break in. And anyone who would exploit for the purpose of embarrassment or something like that is an accomplice to that.”

CNN also noted that “It was previously reported that a staffer researching Trump campaign Chairman Paul Man[a]fort’s ties to Russia and the Ukraine was notified by Yahoo that her personal email account had been targeted by nation-state hackers.”