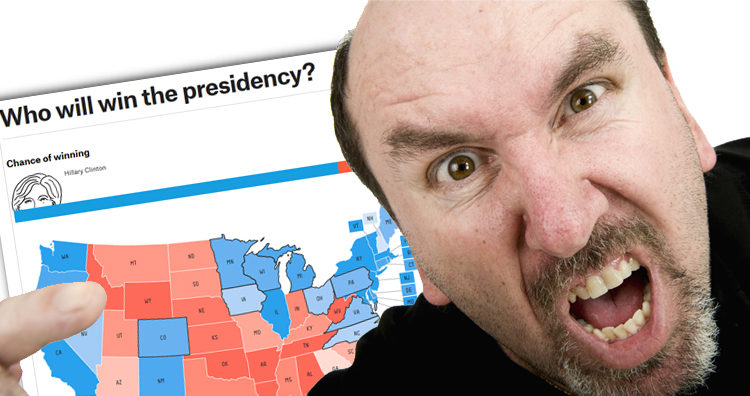 Nate Silver’s latest polling figures is the stuff of nightmares for Republicans.

Silver took to his website, FiveThirtyEight, this week updating his map of the general election between Democratic nominee Hillary Clinton and Republican hopeful Donald Trump.

Based on current polling, the outcome isn’t even close, and there are still over three months until the General Election.

And bear in mind that Silver successfully predicted the outcome in 49 of 50 states during the 2008 presidential elections and was subsequently named one of “The World’s 100 Most Influential People” by Time Magazine in 2009.

His predictions for the 2016 presidential contest are broken down into three categories.

Any way he looks at the figure, Nate Silver shows Hillary Clinton running away with the election.

Silver also presented some “Crazy and not-so-crazy scenarios,” as follows:

Here are the chances we’ll see these election outcomes.