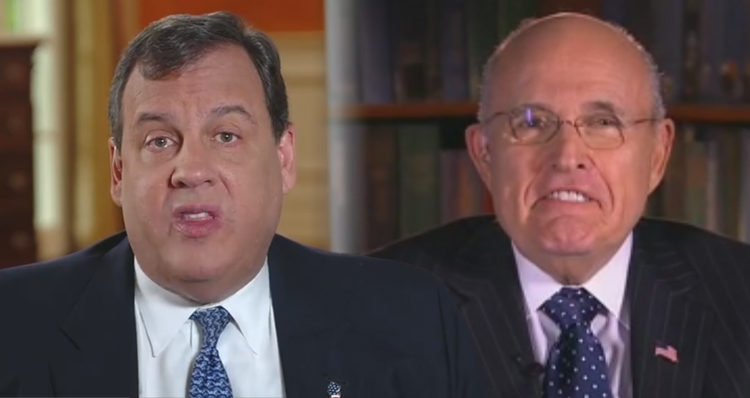 The New York Times reports Trump may have dodged taxes for 18 years, meanwhile Chris Christie and Rudy Giuliani call him a genius.

The New York Times published a stunning expose this weekend detailing how Donald Trump may have avoided paying taxes for nearly two decades.

Donald J. Trump declared a $916 million loss on his 1995 income tax returns, a tax deduction so substantial it could have allowed him to legally avoid paying any federal income taxes for up to 18 years, records obtained by The New York Times show.

The 1995 tax records, never before disclosed, reveal the extraordinary tax benefits that Mr. Trump, the Republican presidential nominee, derived from the financial wreckage he left behind in the early 1990s through mismanagement of three Atlantic City casinos, his ill-fated foray into the airline business and his ill-timed purchase of the Plaza Hotel in Manhattan.

Tax experts hired by The Times to analyze Mr. Trump’s 1995 records said that tax rules especially advantageous to wealthy filers would have allowed Mr. Trump to use his $916 million loss to cancel out an equivalent amount of taxable income over an 18-year period.

The Trump campaign declined to make any comment on the documents, but did release a statement on his website that neither denied nor confirmed the claims made by The New York Times.

However, the fact the statement begins by alleging the documents were “illegally obtained” would tend to support the premise that they are – indeed – legitimate.

“The only news here is that the more than 20-year-old alleged tax document was illegally obtained,” the statement began before employing a familiar Trump tactic – claiming he is being treated unfairly.

The statement goes on to make the claim that all Trump was doing was protecting his family and employees by dodging paying his fair share of taxes.

“Mr. Trump is a highly-skilled businessman who has a fiduciary responsibility to his business, his family and his employees to pay no more tax than legally required. That being said, Mr. Trump has paid hundreds of millions of dollars in property taxes, sales and excise taxes, real estate taxes, city taxes, state taxes, employee taxes and federal taxes, along with very substantial charitable contributions.”

The campaign then goes on to make the incredulous claim that since Trump has successfully manipulated the tax code to avoid paying taxes that somehow makes him the only person qualified to fix it.

“Mr. Trump knows the tax code far better than anyone who has ever run for President and he is the only one that knows how to fix it,” the campaign writes.

NBC News reports that this sentiment was quickly echoed by Trump surrogates New Jersey Gov. Chris Christie and former Mayor of New York City Rudy Giuliani who called Trump a “genius” and the only person qualified to fix the tax code.

Speaking to Chris Wallace on “Fox News Sunday,” Christie stated that “What it shows is what an absolute mess the federal tax code is and that’s why Donald Trump is the person best positioned to fix it.”

“There’s no one who has shown more genius in their way to maneuver around the tax code and to rightfully use the laws to do that and he’s already promised in his tax plan to change many of these special interest loopholes and get rid of them so you don’t have this kind of situation,” Christie added.

Speaking of Trump evaded taxes, Giuliani stated: “I mean the reality is he’s a genius. What he did was he took advantage of something that could save his enterprise. And he did something we admire in America, he came back. The Art of the Deal is all about that. He talks about it. So did Steve Jobs. So did Winston Churchill. Winston Churchill was thrown out of politics twice and came back. Great men have big failures. And then they take those failures and they turn them into great results. I’d rather have a genius like Donald Trump running this country than someone like Hillary Clinton.”

Incredulously, Giuliani goes on the state that all that Clinton seems to do “is to produce jobs for the F.B.I..”

Donald Trump himself took to Twitter Sunday morning to make the same claim that he is the only one who can fix the tax code.

I know our complex tax laws better than anyone who has ever run for president and am the only one who can fix them. #failing@nytimes