Electoral College Is A Shameful Remnant Of Slavery That Must End 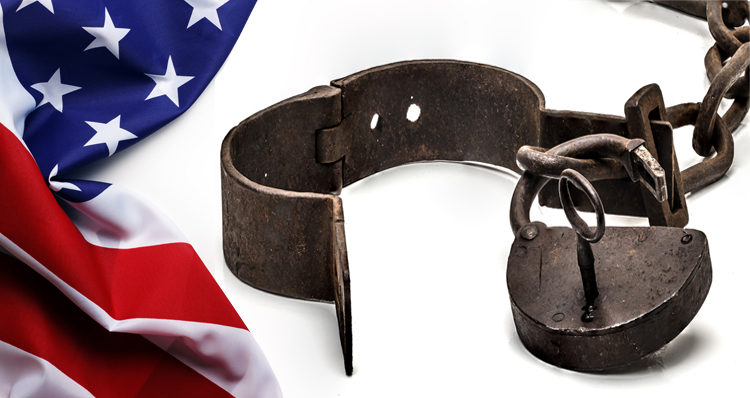 Few Americans would support the Electoral College system if they knew the full story of its origins.

The Electoral College is in the spotlight in the wake of Tuesday’s presidential election with The Atlantic reporting that Hillary Clinton’s popular-vote lead is going to continue growing as “millions of mail-in and absentee ballots haven’t been counted yet,” but that “won’t change anything, though.”

“State officials are still counting millions of provisional and absentee ballots, and within two weeks, Clinton will likely have another few million votes in the bank,” The Atlantic continues.

“Most were cast in the Clinton-leaning states of California, Washington, and New York—not swing states—so they won’t change the Electoral College. But there’s a sufficient amount to put her within striking distance of Obama’s 2012 turnout, and help put an end to the argument that she simply didn’t work hard enough.”

David Wasserman, an editor at Cook Political Report who is tracking voter turnout estimates that Clinton will have won the popular vote by a margin of about 2 percent by the time the Electoral College meets in mid-December to officially cast their ballots. [And if you are wondering, no – the Electoral College will not cast their votes for Clinton instead of Donald Trump, despite what you may have heard. Vox covers the specific reasons why this won’t happen, if you are interested in reading more.]

There are four other times in history that the popular winner lost the Electoral College: Andrew Jackson in 1824, Samuel Tilden in 1876, Benjamin Harrison in 1888, and Al Gore in 2000.

Perhaps more disturbing than the continued use of the Electoral College system of electing presidents is the origin of the practice.

At the Philadelphia convention, the visionary Pennsylvanian James Wilson proposed direct national election of the president. But the savvy Virginian James Madison responded that such a system would prove unacceptable to the South: “The right of suffrage was much more diffusive [i.e., extensive] in the Northern than the Southern States; and the latter could have no influence in the election on the score of Negroes.” In other words, in a direct election system, the North would outnumber the South, whose many slaves (more than half a million in all) of course could not vote. But the Electoral College—a prototype of which Madison proposed in this same speech—instead let each southern state count its slaves, albeit with a two-fifths discount, in computing its share of the overall count.

PBS elaborated on the origin of that discount, known as the “Three-Fifths Compromise” earlier this week:

Madison, now known as the “Father of the Constitution,” was a slave-owner in Virginia, which at the time was the most populous of the 13 states if the count included slaves, who comprised about 40 percent of its population.

Madison knew that the North would outnumber the South, despite there being more than half a million slaves in the South who were their economic vitality, but could not vote. His proposition for the Electoral College included the “three-fifths compromise,” where black people could be counted as three-fifths of a person, instead of a whole. This clause garnered the state 12 out of 91 electoral votes, more than a quarter of what a president needed to win.

Paul Finkelman, a visiting law professor at University of Saskatchewan in Canada–who wrote a paper on the origins of the Electoral College for a symposium after Al Gore lost–notes that “none of this is about slavery. The debates are in part about political power and also the fundamental immorality of counting slaves for the purpose of giving political power to the master class.”

As Time explains: “If the system’s pro-slavery tilt was not overwhelmingly obvious when the Constitution was ratified, it quickly became so. For 32 of the Constitution’s first 36 years, a white slaveholding Virginian occupied the presidency.”

Southerner Thomas Jefferson, for example, won the election of 1800-01 against Northerner John Adams in a race where the slavery-skew of the electoral college was the decisive margin of victory: without the extra electoral college votes generated by slavery, the mostly southern states that supported Jefferson would not have sufficed to give him a majority. As pointed observers remarked at the time, Thomas Jefferson metaphorically rode into the executive mansion on the backs of slaves.

The 12th Amendment, proposed in 1803 and passed a year later, modified the Electoral College to its current form. As Time reports:

At the time the Twelfth Amendment tinkered with the Electoral College system rather than tossing it, the system’s pro-slavery bias was hardly a secret. Indeed, in the floor debate over the amendment in late 1803, Massachusetts Congressman Samuel Thatcher complained that “The representation of slaves adds thirteen members to this House in the present Congress, and eighteen Electors of President and Vice President at the next election.” But Thatcher’s complaint went unredressed. Once again, the North caved to the South by refusing to insist on direct national election.

Amar concludes in his Time article that: “In light of this more complete (if less flattering) account of the electoral college in the late 18th and early 19th century, Americans should ask themselves whether we want to maintain this odd—dare I say peculiar?—institution in the 21st century.”

Finkelman weighed in with PBS stating that “It’s embarrassing. I think if most Americans knew what the origins of the Electoral College is, they would be disgusted.”

PBS notes at the end of their report that: “not all academics agree that slavery was the driving force behind the Electoral College, though most agree there’s a connection.”