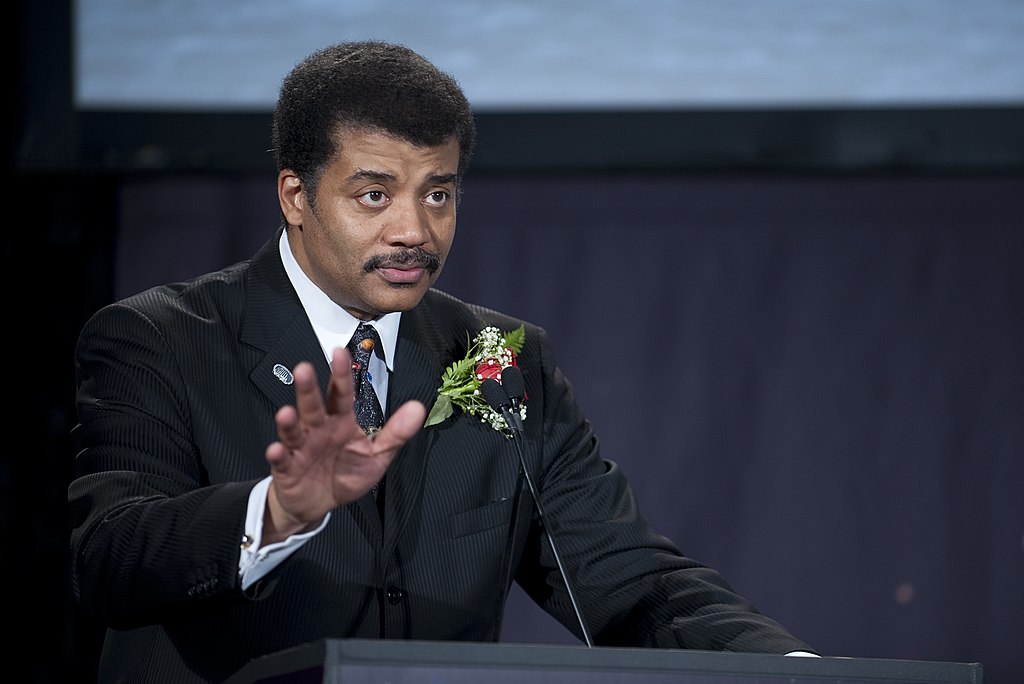 Neil deGrasse Tyson weighs in on the absurdity of Trump’s campaign slogan with this perfect response.

A lot can and has been said about Donald Trump’s campaign slogan: “Make America Great Again.”

The slogan was first popularized by Ronald Reagan during his 1980 presidential campaign at a time when the United States was suffering from a worsening economy at home marked by stagflation, a period of persistent high inflation combined with high unemployment and stagnant demand. Anticipating a run for the presidency, Trump filed documents with the U.S. Patent and Trademark Office in 2012 less than two weeks after the election, according to documents obtained last year by The Daily Mail.

The responses to Trump’s slogan have covered a broad spectrum of individuals and organizations.

Comedy Central’s “South Park” spoofed the slogan in an October 2015 episode featuring Mr. Garrison delivering “a rousing speech in front of his xenophobic acolytes, some of whom are flaunting ‘Make America Great Again’ signs.”

President Obama inverted the slogan during his address at the 2016 Democratic National Convention, telling attendees and the American people that: “America is already great. America is already strong. And I promise you, our strength, our greatness, does not depend on Donald Trump.” The President continued, stating that Trump’s “just offering slogans, and he’s offering fear.  He’s betting that if he scares enough people, he might score just enough votes to win this election.”

First Lady Michelle Obama blasted Trump’s slogan during her own convention speech, telling attendees “So don’t let anyone ever tell you that this country isn’t great, that somehow we need to make it great again.  Because this, right now, is the greatest country on earth.” She went on to deliver a high point in the campaign when she uttered the now famous phrase: “When they go low, we go high.”

Noted astrophysicist, cosmologist and author Neil deGrasse Tyson weighed in on the slogan earlier this week, tweeting the perfect alternative: “Let’s Make America Smart Again.” And while America has always been moved in an intelligent, compassionate and progressive direction, the events of the 2016 presidential campaign have certainly shaken up a lot of rational people.

That is why it is so important that liberals and progressives get out and vote tomorrow and turn the tide of recent events, stalemate and inaction in Washington. Indeed, they should take at least two friends with them when they go to the polling station.