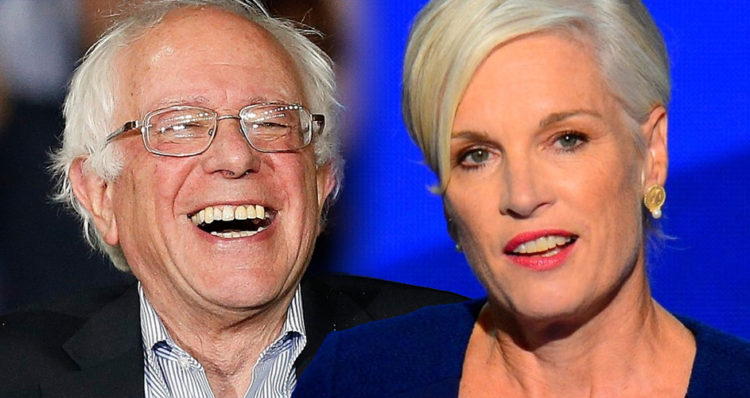 3 others managed to beat out Trump in the latest Fox News Poll, with Trump’s overall approval rating dropping 5 points since last month.

The poll, which was conducted between March 12-14 among 1800 registered voters, has an margin of error of 5 points.

Among other interesting findings is the fact that progressive firebrand Sen. Bernie Sanders (D-VT) tops the poll along with Planned Parenthood and the Affordable Care Act, otherwise known as Obamacare.

Asked if they had a “generally favorable or unfavorable opinion” about 13 “individuals, groups and items,” Senator Sanders topped the chart with favorable rating of 61%.

Planned Parenthood came in second place with 57% approval followed by “The 2010 health care law, known as Obamacare,” with 50%.

Mike Pence beat out Trump with an approval rating of 47% to Trump’s 4th place ranking of 44%. Republican Senate Majority Leader Mitch McConnell (R-KY) and the ultra-conservative Freedom Caucus were at the bottom of the list with McConnell polling at an abysmal 20% and the Freedom Caucus at 19%. 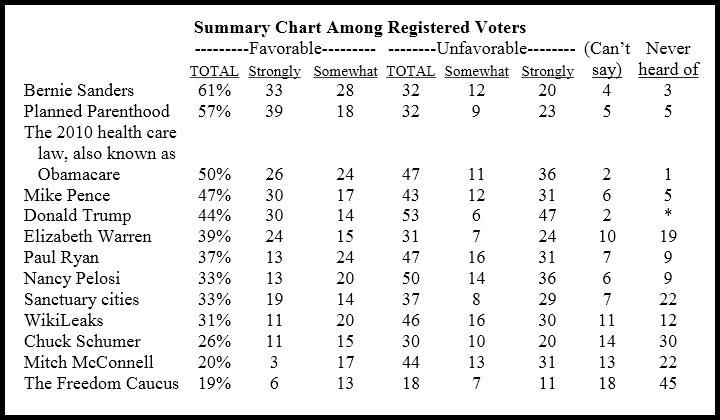 Asked “the one thing that you really wanted Trump to get done – the thing that would make you happy if he accomplished only that and nothing else?” 33% of those polled responded to “create jobs.”

By comparison, only 7% responded that they wanted Trump to “repeal and replace Obamacare” and 3% responded to “build a border wall.”