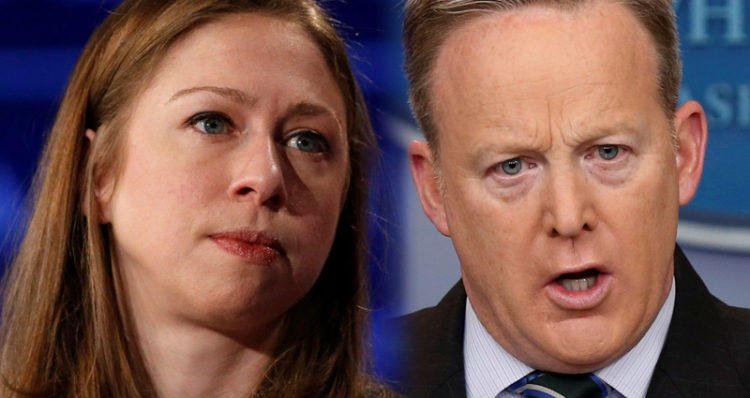 Social media explodes after Sean Spicer compared Syrian President Bashar al-Assad to Adolf Hitler, claiming that even someone as “despicable” as the infamous dictator “didn’t even sink to using chemical weapons.”

Spicer did go on to acknowledge that Hitler did bring gas “into the Holocaust centers…I understand that,” and later tried to clarify his remarks.

“In no way was I trying to lessen the horrendous nature of the Holocaust,” Spicer said, adding: “However, I was trying to draw a contrast of the tactic of using airplanes to drop chemical weapons on innocent people.”

Social media exploded with celebrities and reporters pointing out the error of Spicer’s statement to include former First Daughter Chelsea Clinton.

Full Spicer Hitler quote is even worse than the topline. So Jews weren't Hitler's "own people" or "innocent"? https://t.co/VfojYaJhc6 pic.twitter.com/jG9RwDsSJY

Most recently, Eli Stokols tweeted a response to Spicer’s third attempt to clarify his statement: