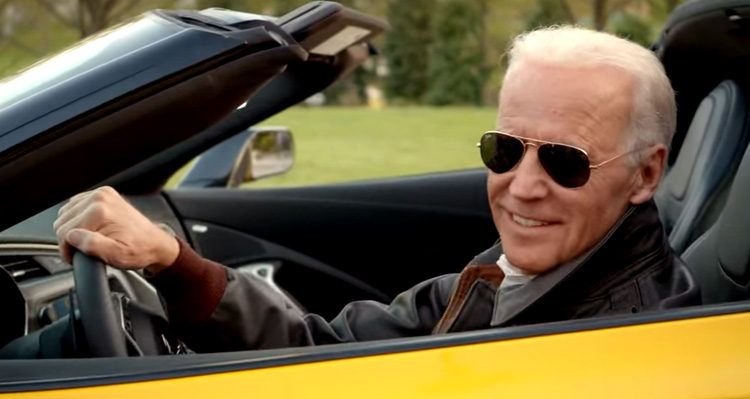 Trump announced via Twitter in late February that he would not be attending the White House Correspondents’ Dinner.

As The New York Times reported at the time: “Capping a week of extraordinary hostility toward the news media, President Trump tweeted on Saturday that he would not attend this year’s charity dinner of the White House Correspondents’ Association, scheduled for April 29, a Washington tradition symbolizing comity between the president and the press.”

On the 22nd of this month Trump announced that he would be attending a cam”BIG rally in Pennsylvania” at the same time the Correspondents’ Dinner is being held.

Next Saturday night I will be holding a BIG rally in Pennsylvania. Look forward to it!

Back in 2014, HBO put together a video starring then Vice-President Joe Biden and actress Julia Louis-Dreyfus imagining what it would be like to skip that year’s Correspondents’ Dinner.

As reported by Time, “Vice President Joe Biden teamed with Julia Louis-Dreyfus (in character as Vice President Selina Meyer from HBO’s Veep) for what was essentially a typical buddy comedy, just with a lot less weed and a lot more political cameos.”

This pre-recorded video, which kicked off Saturday’s annual White House Correspondents’ Dinner, begins with the real-life veep calling up his fictional counterpart while sporting his signature aviators. Soon, he picks her up in an over-the-top yellow sports car and they set off on a night of debauchery that includes sneaking into the White House, binging on ice cream (guess which health-conscious White House resident busts them), getting matching tattoos and changing Washington Post headlines.

Several other notables had cameos in the video to include First Lady Michelle Obama, Senate Minority Leader Nancy Pelosi and then House Speaker John Boehner.