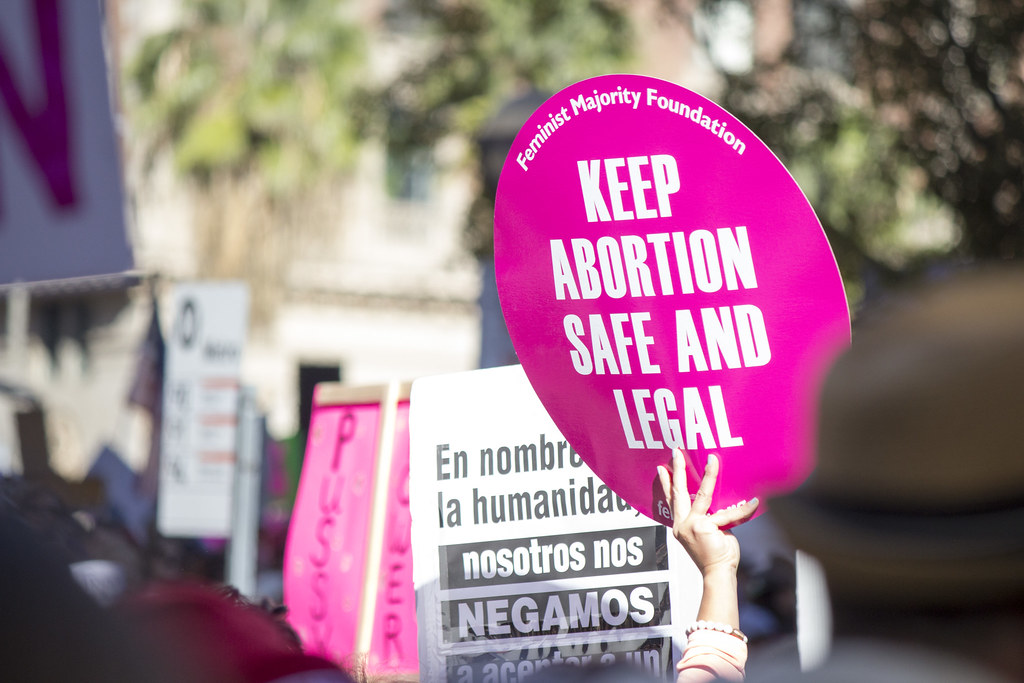 Fasten your seat belts conservatives – abortion on demand may be available on Amazon soon – and it’s all thanks to you and your regressive campaign against women.

An interesting article was published by The Christian Science Monitor this week discussing the parallels between “today’s movement towards home abortions” and the “cultural battles” prior to Roe v. Wade, the landmark 1973 decision by the U.S. Supreme Court that extended the constitutional right to privacy to a woman’s decision to have an abortion.

As Planned Parenthood reports, “Over 40 years later, Americans are still standing by this decision: 7 in 10 Americans believe Roe v. Wade should remain the law of the land.”  (That figure is backed up by a recent Pew Research Center poll finding that “69% of Americans say the historic ruling… should not be completely overturned.”)

The Christian Science Monitor articles discusses the actions of “Jane, an underground collective that counseled women through – and later performed – thousands of illegal abortions between 1968 and 1973,” comparing that group with a newer activist organization known as Plan C – a reference to a pill that induces an abortion that is “also referred to as medication abortion.”

The women of Jane operated in a world in which abortion was illegal but viewed as necessary, even by many in law enforcement and the clergy. Today, abortion is legal, but advocates for it often work in a climate where the procedure is increasingly fraught with the risk of persecution and prosecution.

Between 2011 and 2015, legislators across dozens of states implemented nearly 300 laws that regulate who can perform abortions and restrict how, when, and why a woman can undergo the procedure. The result is a two-tiered system where access to clinic-based abortion care is limited to those with the resources to get to a place that provides it, says Jill Adams, chief legal strategist for the Self-Induced Abortion (SIA) Legal Team, a nonprofit consortium that works out of the University of California, Berkeley.

Members of Plan C, like Jane, believe that the heart of the issue is a woman’s absolute right to decide if and when to have a child.

“[Jane] was about women trying to take back the night,” says Ms. Coeytaux, the founder of Plan C, adding: “It was women saying, ‘If it’s going to be illegal to go to a doctor then maybe we will be our own doctors.’ ”

Plan C “is women saying, ‘OK, this system isn’t working for me, and I’m going to build something new,’ ” says Madison Liddle, who joined the group in November. “I see it as a reproductive health revolution, with women taking [their bodies] into their own hands.”

Plan C hopes to one provide services to women seeking an abortion in much the way Jane did in the days leading up to the passage of Roe v. Wade when the organization “began training its members to perform surgical abortions themselves.”

As The Christian Science Monitor explains:

Today, Plan C hopes to provide a similar service. By raising awareness about the abortion pill – and eventually making it accessible – the group hopes to give women the option to safely terminate their pregnancies without relying on distant or costly medical providers.

The team envisions a world where medical abortion pills are as ubiquitous as the morning-after pill, which is available not only over the counter at any pharmacy, but also online via Amazon.

“You would get it delivered to your house. And it would come with information and also the option to have a telemedicine consult if you wanted it,” says Amy Merrill, Plan C’s communications director. “And otherwise you would have everything that you need to [administer] self care.”

“We are not pushing this on anyone,” she adds. “We just really believe it should be an option.”

And this scenario is highly likely as Mediaite explains:

And, as Mediaite concludes, if conservatives are shocked at the prospect of abortion on demand being available via Amazon – they only have themselves to blame.

To groups like Plan C, technology is the future of protecting reproductive rights. And if conservatives are shocked, uncomfortable, even disgusted by the idea of abortions being available on Amazon, they have themselves and their sneaky, anti-woman laws to thank — they’ve forced abortion rights advocates to get creative to protect women’s rights and, well, this is what they’ve come up with.