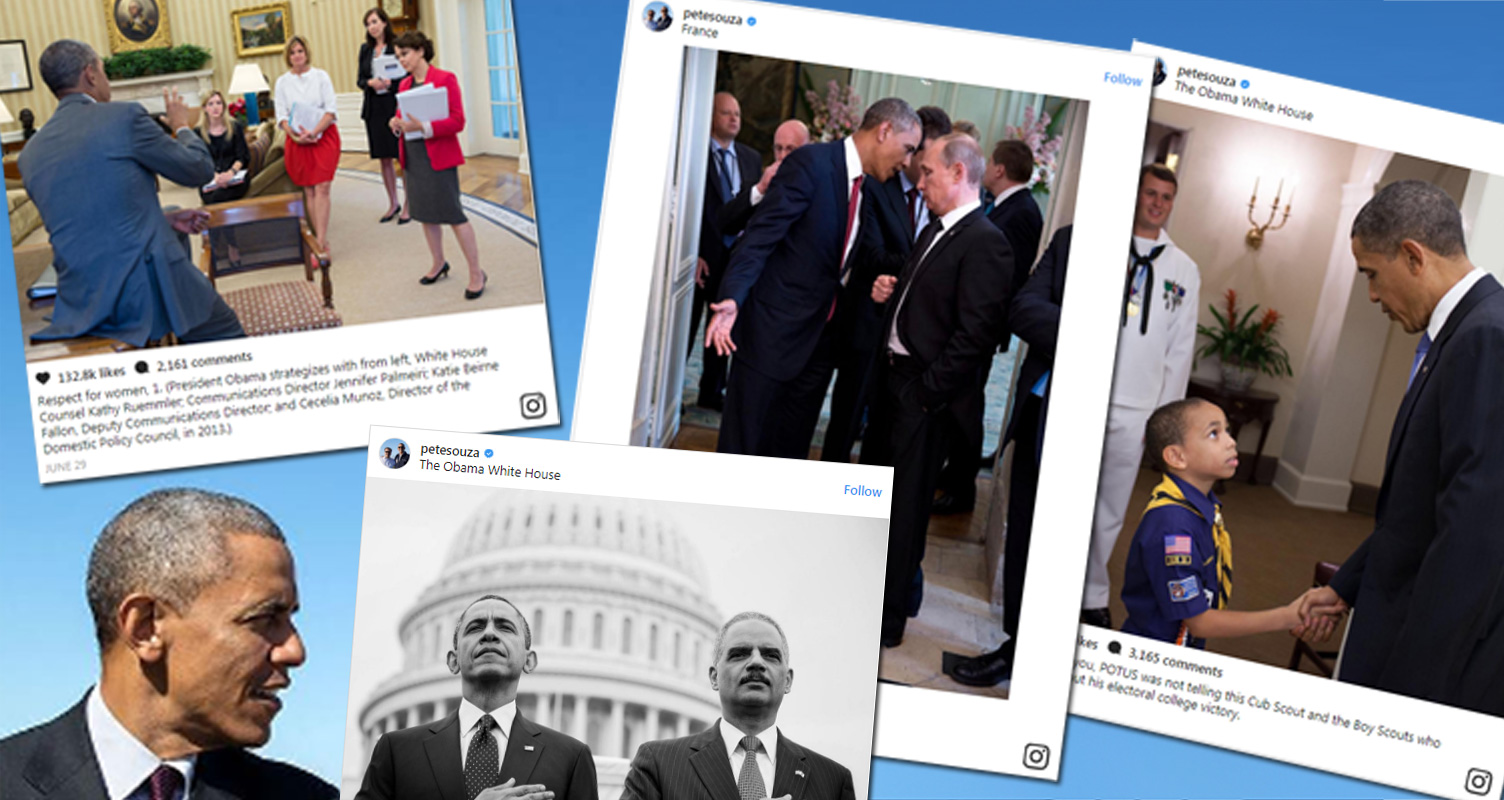 Pete Souza rips into Trump and his failed regime in a series of hilarious photo posts.

In 1992 Souza published “Unguarded Moments: Behind-the-scenes Photographs of President Reagan” and his latest book, “Obama: An Intimate Portrait” is scheduled to be released on November 7, 2017.

In 2011 he was included in the New Republic‘s list of “Washington’s Most Powerful, Least Famous People.“

The New Republic considered Souza to be non-partisan, writing: “Pete Souza can easily be seen as something of a p.r. man for Obama; however, he’s no partisan acolyte, having previously served as official White House photographer for President Ronald Reagan.”

However true that may or not have been at the time, things certainly have changed since Trump was inaugurated in January of this year.

As The New York Times reported on April 27th of this year: “Pete Souza, the former chief White House photographer who became so close to President Obama that he held his wedding in the Rose Garden, is encountering newfound notoriety on social media for a personal Instagram account that has subtly taken aim at President Trump since Inauguration Day.”

With more than 1.5 million follows on his Instagram account, Souza has become a powerful – and oftentimes hilarious – voice of resistance to the Trump regime.

Below are a few favorites.

Over the weekend, Souza posted the following image of Obama in the wake of the Republican failure to pass a “skinny repeal” of Obamacare on Friday.

Mocking Trump’s self-professed business success as a deal-maker, Souza wrote: “The closer. Throwback to two days before Congress passed the Affordable Care Act. President Obama had to convince wavering Democrats to vote for the bill. The fact that he knew the details of the bill itself and the intricacies of health care policy made his calls more effective and thus more successful.”

In another recent post, Souza took on the controversy surrounding Trump’s speech before a group of Boy Scouts, posting a photograph of a young Cub Scout with Obama in the White House with the following text: “I can assure you, POTUS was not telling this Cub Scout and the Boy Scouts who followed about his electoral college victory.”

In another recent post, Souza took on Trump’s betrayal of Attorney General Jeff Sessions in a stunning interview published by The New York Times.

Then there’s the report by The New York Times that Trump Junior met with a lawyer connected to the Kremlin at Trump Tower on June 9, 2016. We all know now – stunningly from Junior’s own Twitter account – that his primary interest in the meeting was getting dirt on then Democratic rival Hillary Clinton. However, as The New York Times initially reported, “When he was first asked about the meeting on Saturday, Donald Trump Jr. said that it was primarily about adoptions and mentioned nothing about Mrs. Clinton.”

Souza responded with the following post which also took on controversy surrounding Trump’s undisclosed meetings with Russian President Vladimir Putin during the G20 Summit in Germany in July of this year.

This is a personal favorite. There is little need to provide context for this one considering Trump’s well-known disregard and disrespect for women (think the now-infamous Access Hollywood Tape obtained by the Washington Post).

Here’s another favorite showing the contrast between Obama and Trump when it comes to Putin.

And I think we can all agree that there is no elaboration necessary on this final favorite: