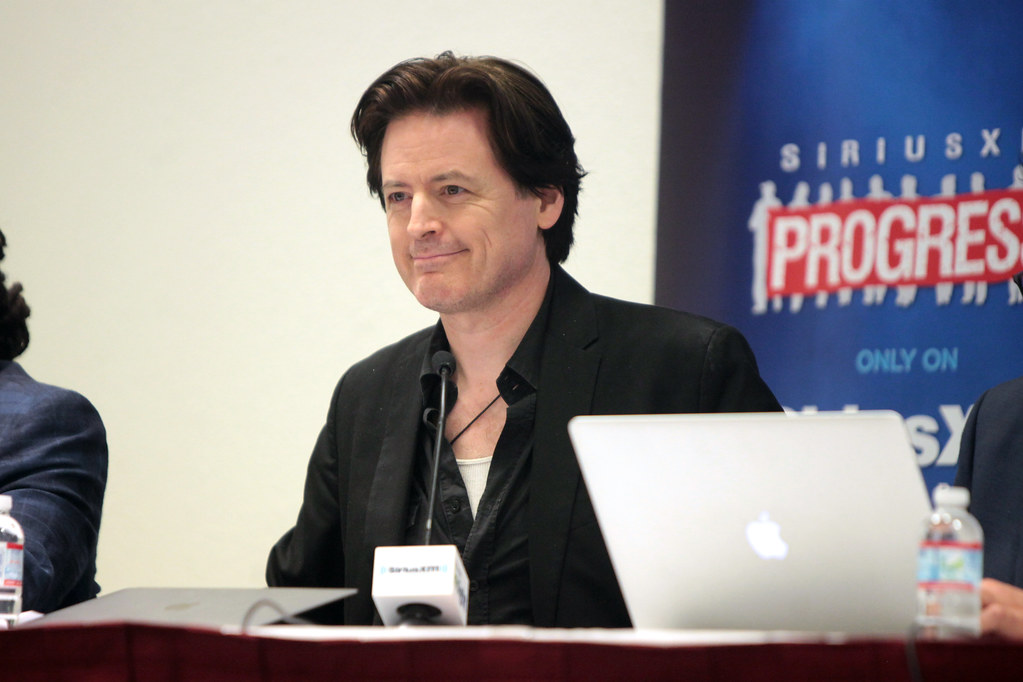 An actor, writer, radio and television personality, and political satirist, John Fugelsang has done – and continues to do – it all.

In the spring of 2012, Fugelsang launched a tragicomic solo show entitled “Guilt: A Love Story.” The show was nominated for the Drama League‘s “Distinguished Performance Award” and took audiences on what The New Yorker called “a knock-em dead story” starring his parents, a former Catholic nun and Franciscan brother, Bill Maher, and celebrity white supremacist David Duke. Directed by Tony and Obie Award-winner Pam MacKinnon and premiered off-Broadway at New York Theatre Workshop, a segment of the show was presented at TEDxTraverseCity in May of 2012.

The TEDx presentation included Fugelsang’s monologue telling the story of the time he appeared on Bill Maher‘s Politically Incorrect alongside noted white supremacist David Duke1 on February 9, 2000. [You can go here for a transcript of the Politically Incorrect segment that also featured Anne Taylor Fleming and CCH Pounder.]

Towards the middle of the clip [about the 8 min. 58 second mark] Fugelsang recounts David Duke’s attempt to justify racial segregation “in this century.” He tells the audience that at one point Duke said: “The worst part of this [expletive] is American’s are losing their true heritage of Jesus Christ.” As Fugelsang explains, the show cut to a commercial break and that’s when he let loose on Duke with the following statement regarding Jesus:

You do realize this Jesus you speak of was a peaceful, radical, non-violent revolutionary who hung around with lepers hookers and crooks. He never spoke English; wasn’t an American citizen; was anti-capitalism; anti-death penalty, anti-public prayer; was never once anti-gay; never mentioned abortion; never mentioned premarital sex; never called the poor lazy; never justified torture; never fought for tax-cuts for the wealthiest Nazarenes and never asked a leper for a co-pay; and he was a long-haired brown-skinned homeless Middle-Eastern Jew. [supporting Biblical references omitted]

As great as that quote may be, probably the best zinger occurred towards the end of the encounter with David Duke, when – once again – Fugelsang let him have it, telling him:

JOHN FUGELSANG: I want to apologize to you for losing my composure before and hearing you talk now, I realize it was wrong of me to yell at you and I’ve realized that anybody as far to the right as you is clearly crying out for help, and I want you to know that as far as the gay bashing goes, David, I don’t have anything against your bashing gays, I’ve realized that maybe that’s a cry for help and I think there’s nothing wrong with you that s*x with a man couldn’t fix, and, David —

JOHN FUGELSANG: I’m prepared to make that sacrifice for my country. (Stands, pulls off clothing) Come on. I will — I am going to cross over to the dark side for you Obi-Wan.

DAVID DUKE: Would you take your —

You can watch Fugelsang’s incredible TEXx talk, below:

David Duke is the most recognizable figure of the American radical right, a neo-Nazi, longtime Klan leader and now international spokesman for Holocaust denial who has nevertheless won election to Louisiana’s House of Representatives and once was nearly elected governor. He is also known for his avid pursuit of women and, especially, money — so much so, in fact, that he finally went to prison in 2002 for using cash raised to support white supremacist causes to pay for his own gambling and home improvements. Since then, Duke has become an itinerant anti-Semitic salesman, traveling regularly to Europe to sell his books while his latest white supremacist organization, EURO, remains almost entirely inactive.