Karma Kicks A Homophobic Republican In The Ass

November 8, 2017 by Samuel Warde No Comments 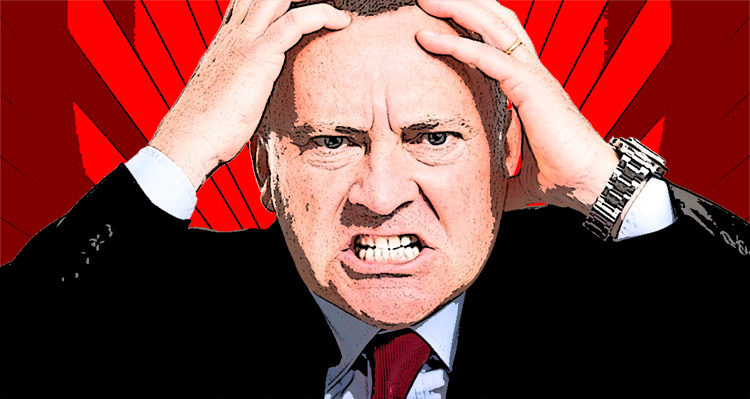 You are gonna love the way sweet karma is kicking this homophobic Republican right square in the butt.

One of the country’s most conservative lawmakers was ousted from office by the first transgender person ever elected to office in a state legislature, as reported by ABC News.

“In a historic bid, Democrat Danica Roem beat Republican incumbent Bob Marshall, one of Virginia’s most socially conservative lawmakers, in Tuesday’s election in the northern Virginia district,” according to ABC News. “Marshall has served in the House since 1992 and has been a lightning rod for controversy. He has often drawn the ire of even his own party.”

The Washington Post reported that Roem “embodies much of what Del. Robert G. Marshall fought against in Richmond,” the capital of the Commonwealth of Virginia.

The race focused on traffic and other local issues in suburban Prince William County but also exposed the nation’s fault lines over gender identity. It pitted a 33-year-old former journalist who began her physical gender transition four years ago against a 13-term incumbent who called himself Virginia’s “chief homophobe” and earlier this year introduced a “bathroom bill” that died in committee.

“Discrimination is a disqualifier,” a jubilant Roem said Tuesday night as her margin of victory became clear. “This is about the people of the 13th District disregarding fear tactics, disregarding phobias . . . where we celebrate you because of who you are, not despite it.”

Roem won with 54.14% of the vote to Marshall’s 45.46% with 100% of the votes reported, according to the Virginia Department of Elections.

“Tonight, voters chose a smart, solutions-oriented trans leader over a divisive anti-LGBTQ demagogue — sending a powerful message to anti-trans legislators all across the nation,” said Aisha C. Moodie-Mills, president and CEO of Victory Fund, a political action committee that “works to change the face and voice of America’s politics and achieve equality for LGBTQ Americans by increasing the number of openly LGBTQ officials at all levels of government.”

Planned Parenthood President Cecile Richards also congratulated Roem on Twitter, tweeting: “Couldn’t be more thrilled for Danica Roem. And good riddance to Bob Marshall, one of the most anti-choice, and anti-LGBTQ members of the VA House.”

Couldn’t be more thrilled for Danica Roem. And good riddance to Bob Marshall, one of the most anti-choice, and anti-LGBTQ members of the VA House. https://t.co/AQfdW4oKRh

In an NPR interview in September, Marshall said the election was about America’s national character and Roem was going against nature.

“Danica clearly is out here doing this for making a marker in the national character that you can engage in this behavior — which clearly goes against the laws of nature and nature’s God — and hold public office to make decisions on behalf of the common good,” Marshall said. “That is what is kind of at stake here.”

NBC 4 also reported that “After President Donald Trump announced on Twitter his intention to ban transgender people from the military, Roem received $52,000 in donations in one day.”

Continuing, The Washington Post reported that “The race took an ugly turn when Marshall and his supporters produced ads disparaging Roem ’s transgender identity. But in the end, that tactic failed.”

As it turned out, it seems that karma paid a little visit to Marshall with his defeat to Roem by a margin of nearly 10% of the votes.