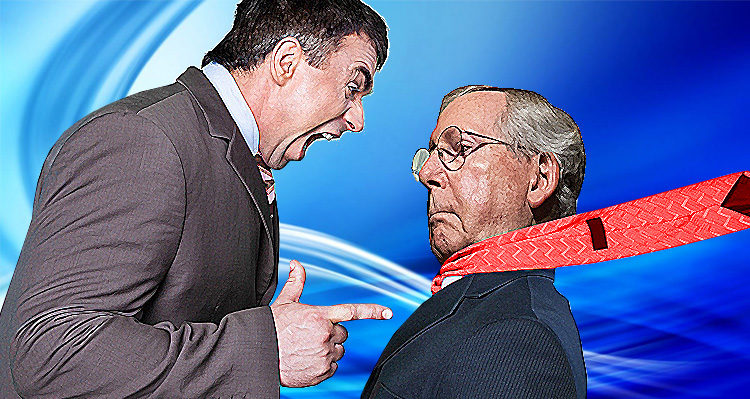 Forbes published a scathing article towards the end of November of 2017, coinciding with the final push by Republican Senators to get a new tax bill passed before the end of the year.

Titled “GOP Tax Bill Is The End Of All Economic Sanity In Washington,” the top of the article included suggested Tweets to help share the article which pretty much summarize the tone of the article:

The article is a fascinating, if not depressing, read given the recent near-daily revelations regarding the potential devastation of the bill.

The article begins by pointing out that now is not the time for tax cuts – rather, the current economic reality demands quite the opposite:

There’s no economic justification whatsoever for a tax cut at this time. U.S. GDP is growing, unemployment is close to 4 percent, corporate profits are at record levels and stock markets are soaring. It makes no sense to add any federal government-induced stimulus to all this private sector-caused economic activity, let alone a tax cut as big as this one.

This is actually the ideal time for Washington to be doing the opposite…. The GOP tax bill will increase the federal deficit by $2 trillion or more over the next decade (the official estimates of $1.5 trillion hide the real amount with a witches brew of gimmicks and outright lies) that, unless all the rules have changed, is virtually certain to result in inflation and much higher interest rates than would otherwise occur.

Worse yet, as exemplified by their second suggested tweet – Republicans seem hell-bent on moving forwards with the bill, despite the fact they have no clue “the harm it will actually do to the economy.”

Indeed, as The New York Times reported on Monday: “Republicans sought to undercut an unfavorable analysis of the tax plan” – one that is required.

In 2015, Republicans changed the budget rules in Congress so that official scorekeepers would be required to analyze the potential economic impact of major legislation when determining how it would affect federal revenues.

But on Thursday, hours before they were set to vote on the largest tax cut Congress has considered in years, Senate Republicans opened an assault on that scorekeeper, the Joint Committee on Taxation, and its analysis, which showed the Senate plan would not, as lawmakers contended, pay for itself but would add $1 trillion to the federal budget deficit.

Then there are all the perks included in the bill, penciled in at the last minute to ensure Republicans would get enough votes to pass the bill.

In the mad dash to revise the bill, it turned into a Christmas tree full of gifts for special interests, according to Victor Fleischer, a respected tax professor at the University of San Diego. “Earmarks have mostly disappeared from Congressional spending bills,” Fleischer tweeted, “but they are out loud and proud in the tax bill.” One sweetheart deal appears to exempt a religious college in Michigan – supported by billionaire Education Secretary Betsy DeVos – from a new tax on college endowments.

Possibly more troubling is the fact that Democrats were completely excluded from the process.

Once again from Rolling Stone:

The Senate bill was negotiated behind closed doors, with Democrats shut out entirely. “I saw that Corker’s a ‘no’ and Collins is a ‘yes’ – and I don’t know what they’re a ‘no’ or a ‘yes’ on,” Connecticut Democrat Chris Murphy said on the Senate floor before the bill’s final draft emerged. After Oregon’s Ron Wyden expressed outrage that the bill couldn’t be read before the vote, Sen. Majority Leader McConnell insisted Wyden would have “plenty of time” to read – afterwards.

However, there was a downside to Republicans passing the bill with such haste.

This haste had an upside for the Senate GOP: It allowed the party to pass deeply unpopular changes to the tax code before the public had time to learn about them.

But approaching major legislation like an Adderall-addled sophomore approaches an overdue term paper came with a minor drawback: It forced the party to pass a tax bill before they had time to read it.

In hindsight, McConnell should have asked for an extension. While Republicans were manically outlining their plans to take from the poor to give to the Trumps, they also, accidentally, nullified all of their corporate donors’ favorite deductions.

Fortunately, there are several steps left in the process of getting the tax bill before Trump to sign.

The bills may now head to a conference committee, where the two chambers could hammer out a synthesis bill. But given how unpopular the GOP tax plan is – as few as 1 in 4 Americans support it – a return trip to the closely divided Senate may prove problematic.

Democratic Senator Jeff Merkley may have said it best when he tweeted: “This is not over yet: The House will still need to act on the Senate bill. It’s up to every American who believes in the ‘We the People’ vision of our democracy to stop this bill before it gets to the President’s desk.”

Let’s hope so. And in the mean time – call your Congresspersons and let them know what you think about the Republican tax bill.