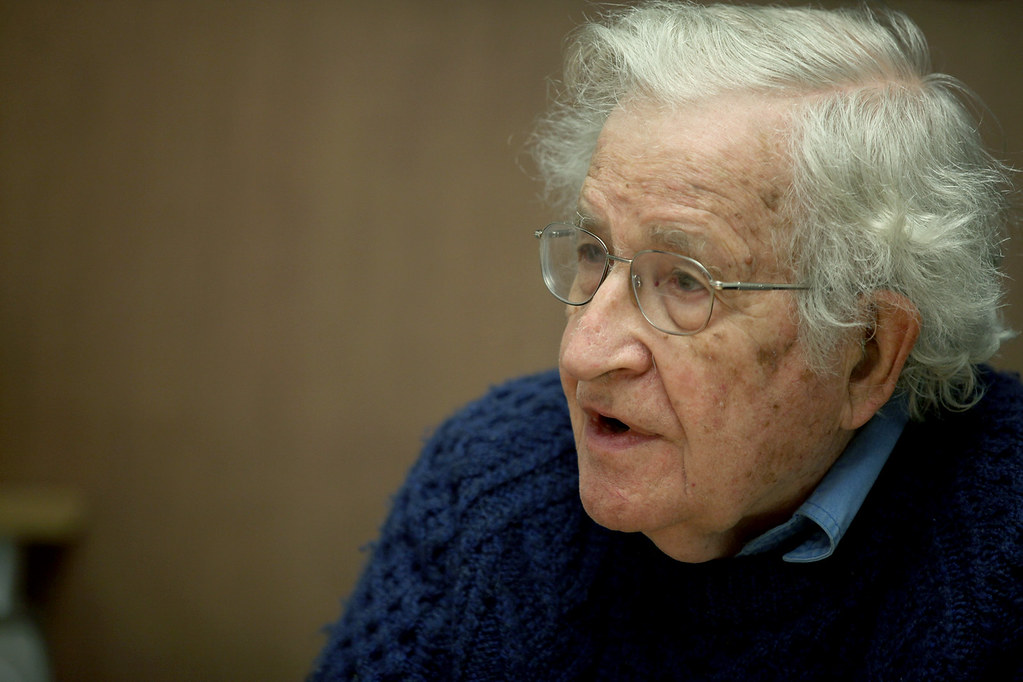 Noam Chomsky, one of the world’s most famous academics, says Republicans want to “destroy the prospects for human existence.”

Noam Chomsky’s credentials are too vast to give them justice here. The University of Arizona, where he holds the position of Laureate Professor, notes on his official bio there that “Chomsky is also one of the most influential public intellectuals in the world.”

The Massachusetts Institute of Technology (MIT), where he serves as Institute Professor Emeritus, noted on their bio that:

He is a Fellow of the American Academy of Arts and Sciences and the National Academy of Science. In addition, he is a member of other professional and learned societies in the United States and abroad, and is a recipient of the Distinguished Scientific Contribution Award of the American Psychological Association, the Kyoto Prize in Basic Sciences, the Helmholtz Medal, the Dorothy Eldridge Peacemaker Award, the Ben Franklin Medal in Computer and Cognitive Science, and others. Chomsky has written and lectured widely on linguistics, philosophy, intellectual history, contemporary issues, international affairs and U.S. foreign policy.

In light of recent events, the interview of Chomsky in May 2017 by BBC Newsnight takes on new relevance.

Speaking with Newsnight host Evan Davis, Chomsky clarified an earlier statement attributed to him regarding the Republican Party.

Davis stated: “You’ve call the Republican Party ‘the most dangerous organization on earth,'” and Chomsky interrupted him adding “in human history.”

Asked by Davis if he considered them “worse that Kim Jong-un of North Korea or ISIS,” Chomsky replied: “Is ISIS dedicated to trying to destroy the prospects for an organized human existence?”

Chomsky responded: “What does it mean to say not only we are not doing anything about climate change, but we’re trying to accelerate the race to the precipice? It doesn’t matter whether they genuinely believe it or not.”

And the other threat is nuclear weapons and there, they’re really dangerous as well.

The clip below is cued up to Chomsky’s remarks about the dangers posed by Republicans, but the entire interview is worth watching as Chomsky also discusses climate change and Republicans in more depth and also shares his thoughts on Trump, populism in Europe, and Julian Assange.