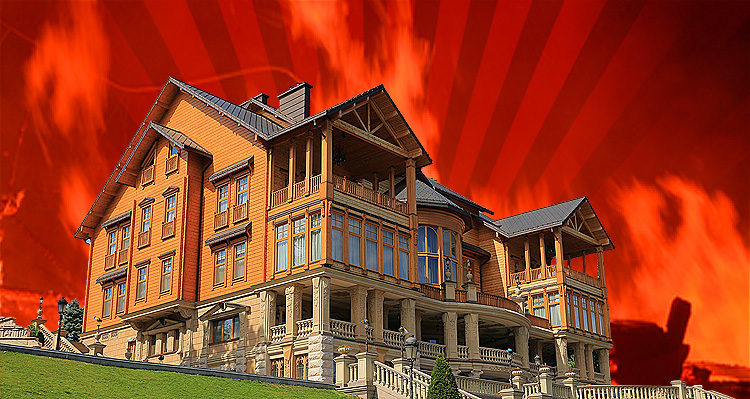 It’s time we stopped bowing down before the wealthy elite and started taking back what is rightfully ours.

The Oligarchs are here and they are winning

Once upon a time, We the People lived in a Constitutional Republic where democracy was the rule of the day. That day is over. It has been over for quite some time, but we are just now waking up to the very real fact that our country has been hijacked by moneyed interests that fan the flames of fear and prejudice to muddy the waters and keep their crimes hidden. Only those crimes are becoming more and more difficult to hide.

It’s not exactly breaking news that the United States is an Oligarchy and that Democracy in this country has gone the way of the dinosaur and the Dodo Bird.

Former Labor Secretary, Robert Reich, has been railing about it for years, warning of the dire consequences of an elite few pouring billions into our political process in order to sway legislation, regulation and, inevitably, profits their way.

Reich writes extensively on his blog and also manages to find his way all over the internet. In one article, “The Rise of the Working Poor and the Non-Working Rich,” Reich points out that despite what many in Congress would have us believe, the rich really don’t work for their money.

It’s also commonly believed, especially among Republicans, that the rich deserve their wealth because they work harder than others.

In reality, a large and growing portion of the super-rich have never broken a sweat. Their wealth has been handed to them.

The rise of these two groups — the working poor and non-working rich — is relatively new. Both are challenging the core American assumptions that people are paid what they’re worth, and [that] work is justly rewarded.

Trump is reinforcing the swamp, not draining it

And now there’s the corpulent billionaire who overflowed the chair in the Oval Office on January 20, 2017. His cabinet picks are a veritable cacophony of corporate crooks, industrial polluters, and Wall Street insiders — hardly a draining of the swamp, as promised on the campaign trail.

Billionaire Vincent Viola withdrew his name from consideration for Secretary of the Army earlier this year due to issues surrounding his inability – or lack of desire – to divest himself of financial interests constituting conflicts of interest.

As Vanity Fair reported at the time, this loss exemplifies the difficulties “Trump has faced by nomination [of] a Cabinet filled, to an unprecedented degree, with billionaires and businessmen to include:

It’s time to start making life difficult for the rich

Splinter published an enlightening article on 18 December 2017 detailing the collapse of America into the pocketbooks of the wealthy elite.

The article begins by telling readers that:

It is time for polite, respectable, rational people to start saying what has become painfully obvious: It is time to stop respecting the rich, and start stealing from them. In earnest.

After detailing what Ann Werner describes as “The Rise of the Feudal Lords,” Splinter asked the following:

How long are people supposed to tolerate being smacked in the face? By the rich? Who already have more than enough?

“What about a solution” one might ask. Splinter offers the following suggestions:

Violence against people is morally wrong and a bad way to solve problems. But capital is different. One thing that would help to create the political environment conducive to solving the inequality problem would be to make the cost of accumulating all that capital too high to be worth it. In other words, to create a downside to being too rich.

Sticking up a billionaire on the street for $100 is not going to do it. But one can imagine other ways that angry Americans might express their dissatisfaction with our current division of wealth.

Realistically, what people can do now is to start thinking about ways to make it uncomfortable to be too rich. Socially uncomfortable and otherwise. When the accumulation of great wealth ceases to be a praiseworthy endeavor and instead becomes viewed as a sick, greedy pastime whose only reward is the hatred of your fellow citizens and the inability to live comfortably without fear of your excessive property being destroyed, rich people will rethink their goals. Until then, inequality will keep rising, and everything, for most people, will continue to slowly, slowly get worse.