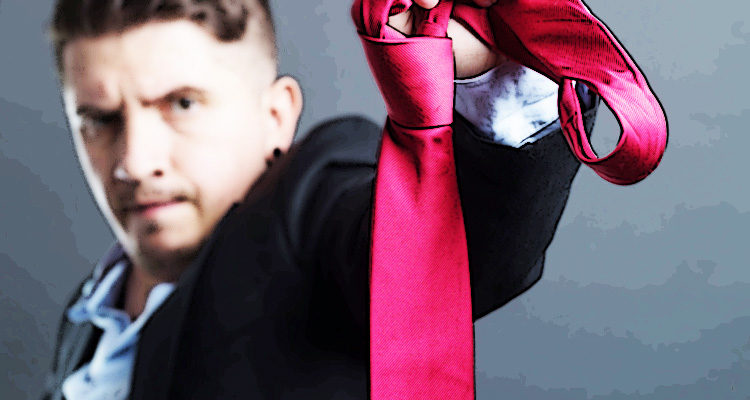 Being anti-Trump – it’s not just for liberals and progressives anymore. Check out these conservatives who are part of The Resistance and Never Trump movements.

There are dozens of liberals and progressives actively posting against Trump using Twitter – his favorite method of communication.

There are celebrities such as actor Ron Perlman, the king of horror fiction Stephen King, and “Harry Potter” author J.K. Rowling just to name a few.

There are legal analysts such as Seth Abramson, politicians like Rep. Ted Lieu of California, academics like Caroline O. There are news media personalities galore such as Ana Navarro and Katy Tur.

But there are also many noted conservatives who are Twitter activists who have joined the #TheResistance – the #NeverTrump movement.

Below is a partial list of some that you should follow if you are in The Resistance.

Richard Painter is a professor of law at the University of Minnesota Law School and served as Chief Ethics Lawyer for President George W. Bush from 2005-2007 and is currently the Vice Chairman of Citizens for Responsibility and Ethics in Washington (CREW).

A frequent guest on news networks such as NBC News, Painter not only speaks out against Trump- he has been known to be a fierce defender of Hillary Clinton in regards to the faux email scandal still being promoted by conservatives.

When Trump and Putin apologize to @HillaryClinton and turn over the keys to the White House, she can apologize for whatever the crazy left and crazy right want her to apologize for. Until then we’ve heard enough BS about what happened years ago and about her emails. Enough.

Stevens posted the following tweet in response to one posted by Trump the same day, that read: “Peoples lives are being shattered and destroyed by a mere allegation. Some are true and some are false. Some are old and some are new. There is no recovery for someone falsely accused – life and career are gone. Is there no such thing any longer as Due Process?”

This is the president of the United States defending beating up women. https://t.co/X0G2yViFc0

Tea Party favorite Joe Walsh is a conservative talk radio host and former congressman. He served one term in the United States House of Representatives for Illinois’ 8th congressional district, serving from January 2011 through January 2013, after defeating three-term incumbent Democratic Representative Melissa Bean by a margin of 291 votes in a surprising upset. Know for completely bat-shit crazy antics, Walsh has become one of Trump’s harshest critics from the right.

Walsh not only speaks out against Trump, he has also taken to speaking out in defense of Democrats as in the tweet below:

Two weeks ago, "release the memo" was all the rage among Republicans.

They believe in transparency, don't they?

Joe Scarborough, host of NBC’s “Morning Joe,” previously worked as a lawyer and a politician and served in the United States House of Representatives from 1995 to 2001 as a Republican for the 1st district of Florida. On July 11, 2017, Scarborough announced on The Late Show with Stephen Colbert that he was leaving the Republican party to become an Independent.

In the tweet, below, Scarborough responded with disbelief to a tweet by fellow MSNBC host Hugh Hewitt who was quoting former Trump Chief of Staff Reince Priebus: “‘One thing about the president that he can do better than anyone is take an issue and put it to bed…if I were advising @realDonaldTrump I’d advise him to do more Media’” —@Reince ‘But at end of the day on the whole tweeting issue, he was right and I was wrong.'”

Where does one even start?
Donald Trump has used his Twitter feed to publish the most racist, misogynistic, and yes, fascist views. His words and retweets have debased the presidency, Reince’s Republican Party and America’s standing across the globe. https://t.co/kwg3c3X5LI

Jeff Flake served in the House of Representatives from 2001 to 2013 and currently serves as the junior Republican Senator for Arizona since 2013. Criticizing Trump, on October 24, 2017 Flake announced that he would retire from the Senate at the end of his current term and would not seek reelection in 2018. Since that time, Flake has become one of the most outspoken Republicans when it comes to criticizing Trump.

Last week, he spoke out against Trump’s claim that Democrats who didn’t applaud his State of the Union Address were committing treason.

Mr. President, treason is not a punchline. pic.twitter.com/iQXyzHfTKS

Bill Kristol has one of the lengthier conservative pedigrees among Trump critics. As Wikipedia reported: “Bill Kristol is a neo-conservative political analyst and commentator. He is the founder and editor-at-large of the political magazine The Weekly Standard and a political commentator on several networks. Kristol is associated with a number of prominent conservative think tanks…. Kristol is a vocal supporter of the Never Trump movement. Although an ardent Republican in the past, Kristol opposes Donald Trump and has criticized what he calls the ‘Trumpified Republican Party.'”

Kristol responded to a tweet this weekend by Trump, stating: “Peoples lives are being shattered and destroyed by a mere allegation. Some are true and some are false. Some are old and some are new. There is no recovery for someone falsely accused – life and career are gone. Is there no such thing any longer as Due Process?”

There is such a thing as Due Process, Mr. President. It's what you're getting from Robert Mueller. https://t.co/LHmpw7JyhZ