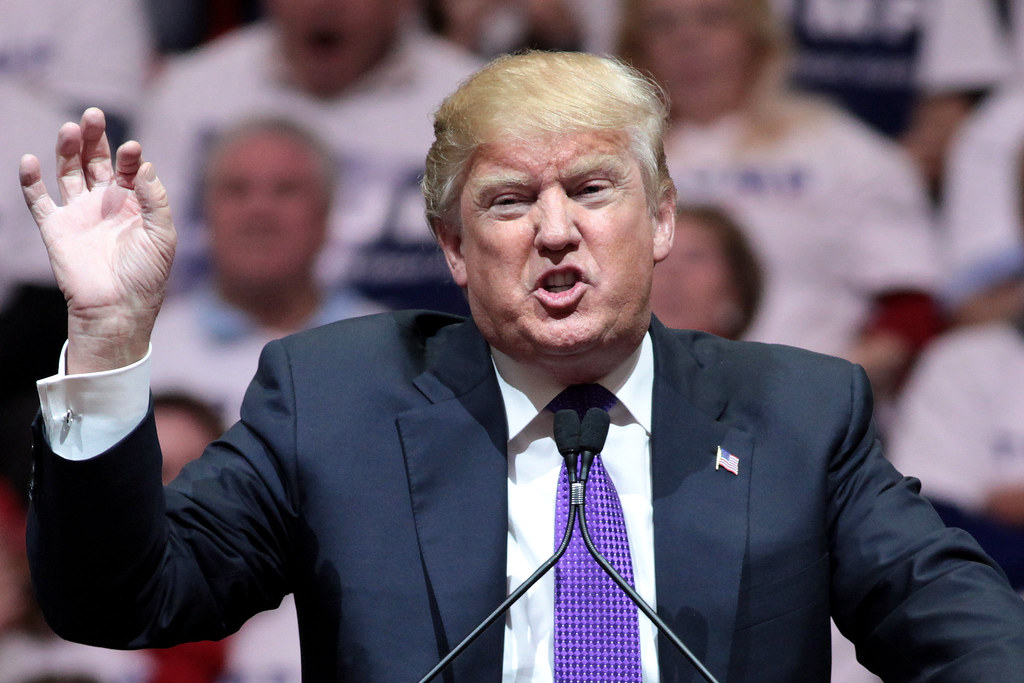 Trump is consistent if nothing else, telling the same lie over and over again about Canada.

March 2018, Trump lashed out at NAFTA, the World Trade Organization, U.S. allies, global economies, threatened to pull troops out of South Korea, and boasted about lying to Justin Trudeau during a speech before a group of Republican donors.

The Washington Post reported that Trump “launched a blistering attack against major U.S. allies and global economies” and “boasted in a fundraising speech [March 14, 2018] that he made up information in a meeting with the leader of a top U.S. ally, saying he insisted to Canadian Prime Minister Justin Trudeau that the United States runs a trade deficit with its neighbor to the north without knowing whether that was the case.”

As per The Washington Post, who obtained an audio recording of the speech:

Trump launched a blistering attack against major U.S. allies and global economies, accusing the European Union, China, Japan and South Korea of ripping off the United States for decades and pillaging the U.S. workforce. He also described the North American Free Trade Agreement as a disaster and heaped blame on the World Trade Organization for allowing other countries to box in the United States on trade.

Trump seemed to threaten to pull U.S. troops stationed in South Korea if he didn’t get what he wanted on trade with Seoul, an ally. He said the country had gotten rich but that U.S. politicians never negotiated better deals. “We have a very big trade deficit with them, and we protect them,” Trump said. “We lose money on trade, and we lose money on the military. We have right now 32,000 soldiers on the border between North and South Korea. Let’s see what happens.”

The Guardian elaborated on the details regarding Trump’s remarks about Trudeau, reporting that: [Trump] – notorious for making false claims on countless issues – admitted he told Trudeau that America has a trade deficit with its neighbour when he “had no idea” if that was true.”

According to the recording, Trump told the audience that:

“Trudeau came to see me. He’s a good guy, Justin. He said, ‘No, no, we have no trade deficit with you, we have none. Donald, please.’”

“Nice guy, good-looking guy, comes in – ‘Donald we have no trade deficit.’ He’s very proud because everybody else, you know, we’re getting killed … So he’s proud. I said, ‘Wrong Justin, you do.’ I didn’t even know … I had no idea.”

“I just said, ‘You’re wrong.’ You know why? Because we’re so stupid … And I thought they were smart.”

Continuing, Trump added: “I said, ‘You’re wrong Justin.’ He said, ‘Nope, we have no trade deficit.’ I said, ‘Well, in that case I feel differently,’ I said, ‘but I don’t believe it.’ I sent one of our guys out, his guy, my guy, they went out, I said, ‘Check because I can’t believe it.’ ‘Well, sir, you’re actually right. We have no deficit but that doesn’t include energy and timber … And when you do, we lose $17 billion a year.’ It’s incredible.”

The Guardian reported an actual dollar figure for the surplus, reporting that: “The office of the US trade representative states that the American goods and services trade surplus with Canada was $12.5bn in 2016.”

CNN reported on the trade surplus as well:

According to figures provided by the Commerce Department, the US ran a $2.77 billion surplus with Canada for 2017. That figure includes oil and timber. It’s unclear what Trump was referring to with the $17 billion figure.

Trump has similarly boasted about pressing Trudeau about the US’s supposed trade imbalance with Canada before, most recently at a December rally in Pensacola, Florida. But he didn’t include the “I didn’t even know” reference, and it’s unclear whether it was an admission that he made up the claim.

Fast-forwarding to this week, Trump announced on Thursday that Canada, along with Mexico and the European Union, lost exemptions to the U.S. metal tariffs.

Bloomberg reported on that: “Justin Trudeau finally looks fed up with Donald Trump.”

Canada had pushed for an exemption from Trump’s tariffs — thinking, now naively, there’d be a perk to being a neighbor, ally and largest buyer of U.S. goods. Trudeau had bitten his tongue through skirmishes over airplanes, lumber and North American Free Trade Agreement talks.

That all changed Thursday when Canada, along with Mexico and the European Union, lost exemptions to the U.S. metal tariffs.

He fired back with tariffs on U.S. exports of everything from whisky to motorboats to orange juice. He said the legal basis of tariffs — U.S. national security — was an affront to Canadian soldiers who died fighting alongside Americans in numerous global battles.

Speaking to reporters in Ottawa, a visibly angry Trudeau called the U.S. tariffs “inconceivable and deplorable.”

He also took to his Twitter account with a multi-part thread to announce the scope of Canada’s retaliatory measures.

Canada will also challenge these illegal & counterproductive measures under NAFTA Chapter 20 and at the WTO. It is simply ridiculous to view any trade with Canada as a national security threat to the US and we will continue to stand up for Canadian workers & Canadian businesses.

Trump reciprocated Friday morning, tweeting essentially the same lie he had boasted about in March.

“Canada has treated our Agricultural business and Farmers very poorly for a very long period of time. Highly restrictive on Trade! They must open their markets and take down their trade barriers! They report a really high surplus on trade with us. Do Timber & Lumber in U.S.?” he tweeted.

Canada has treated our Agricultural business and Farmers very poorly for a very long period of time. Highly restrictive on Trade! They must open their markets and take down their trade barriers! They report a really high surplus on trade with us. Do Timber & Lumber in U.S.?

Below are a few examples of the comments Trump is receiving on that post today:

And just to be clear, here is what the Office of the United States Trade Representative – an executive office of the president – reports: