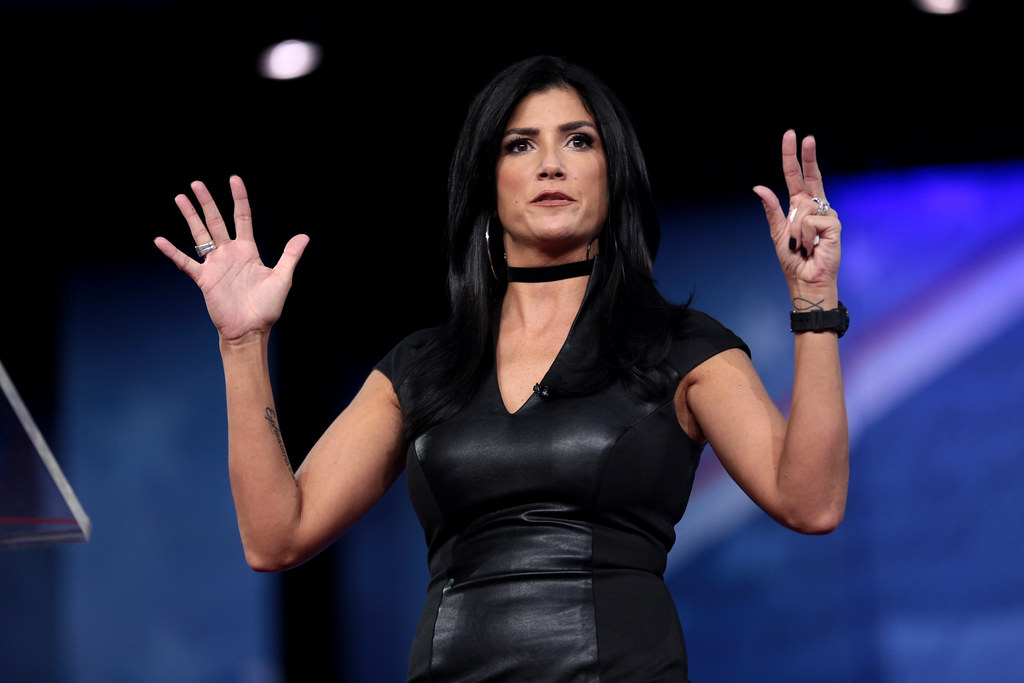 Kurt Bardella explains how “desperate and afraid the NRA is of smart and fierce women.”

These activists, she claimed, tell women they can do whatever they want and yet also tell them they are “too stupid own a firearm” and “too stupid and too weak and too simple-minded to defend ourselves in the face of a threat.”

“These are conflicting messages,” Loesch noted.

Loesch is right about one thing: There are a lot of conflicting messages happening when it comes to women and guns. But feminists aren’t the problem here — the NRA is.

Bardella went on to discuss the problem with various aspects of the NRA’s position, such as the fact that no one on either side of the political spectrum is calling for gun control because they think women are “too stupid or too weak or too simple-minded” to own a gun.

Continuing, Bardella wrote that “if Loesch and the NRA really want to empower women, they should probably start by ending their nasty public attacks on women who disagree with them.”

On the same day that the NRA released its International Women’s Day video with Loesch, it released a different video complaining about the mainstream media’s coverage of gun reform. The video begins with a blatantly sexist attack against MSNBC Morning Joe co-anchor Mika Brzezinski, describing her as a “sexy cable news anchor” and implying that her only knowledge of guns comes from Google.

Reducing women like Brezinski to “sexy cable news anchor” illustrates how desperate and afraid the NRA is of smart and fierce women. The organization knows the facts aren’t on its side and so have resorted to tired clichés and stereotypes. [emphasis added]

Bardella concluded his piece writing that:

The NRA isn’t listening to women, it’s ignoring and undermining them. And it’s doing this while continuing to urge female gun owners to speak up for what they want and be part of the broader conversation.

Perhaps the most cynical element of this charade, however, is that that research shows owning a gun for women in particular does not make them safer; it often makes them less safe.

The NRA doesn’t care about empowering women anymore than it really cares about making American women safer. Makes you wonder: who really is being “too stupid or too weak or too simple-minded.”

I thought it relevant to include a little biographical information regarding Kurt Bardella for those unfamiliar with his story.

Kurt played an integral role in shaping the U.S. House investigations into the IRS targeting scandal, the State Department’s response to Benghazi, the Department of Justice’s management of Operation Fast and Furious and the implementation of the Affordable Care Act. Additionally, Kurt has been named one of Washington’s “50 People to Watch” by Politico and “Top 35 under 35” by the DC Republican Party.

His byline for NBC News Think notes that he also worked as as spokesperson for Breitbart News.

It is also noteworthy that Bardella penned an op-ed piece for USA Today in December 2017 titled: “Roy Moore is the last straw, you can now call me a Democrat.”

In his piece, he wrote that:

Trump and the Republican National Committee are endorsing, supporting and funding Moore because they would rather elect a sexual predator who preys on teenagers at the local mall than a crime-fighting prosecutor who happens to be a Democrat. This is not a party I want to be associated with any longer.

Continuing, he explained that:

The more time I spent on my own, with no clients to defend, the more I came to realize that Republican positions on the most pressing challenges facing our society were out of alignment with what I believed. This is a party that constantly buries its head in the sand on climate change, racial profiling, guns, LGBTQ equality, income inequality, food insecurity, paid family leave and the treatment of women.

I am throwing in with the Democratic Party because at the end of the day, I believe its portrait of America is better than the one being painted by today’s Republican Party. And I want to be a part of it.