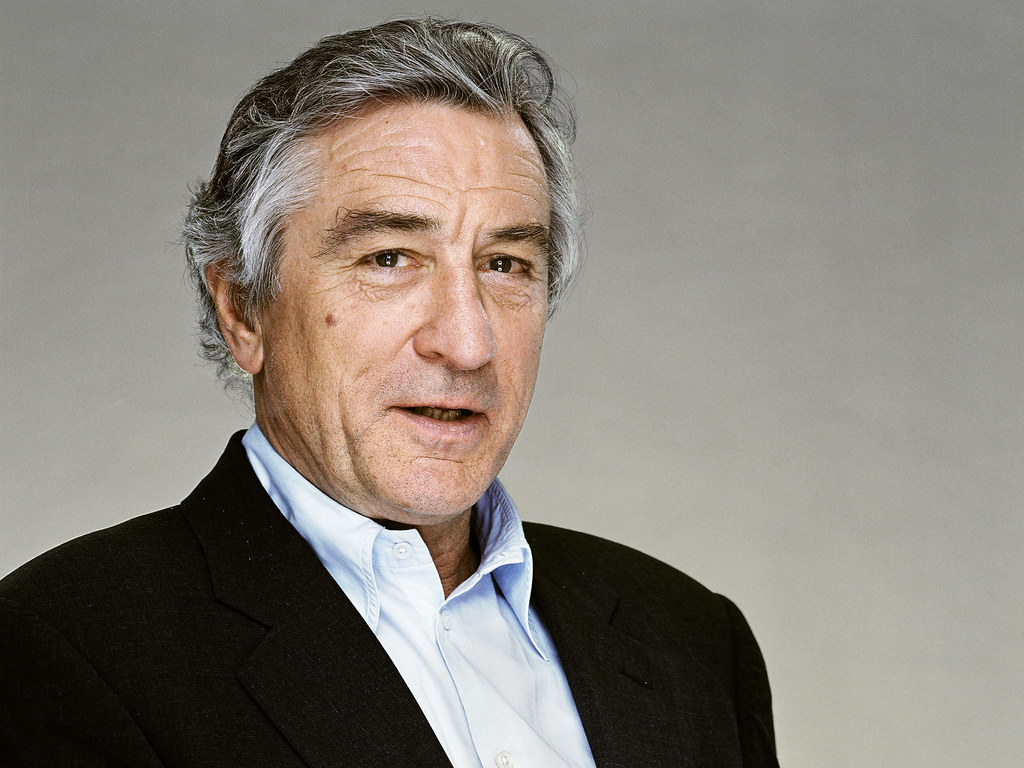 Robert De Niro calls Donald Trump an idiot … again – This time tearing into him for living in “the Trump world of dishonesty and greed.”

Legendary film actor and producer Robert De Niro spoke out against Trump while speaking at a charity fundraising event benefiting the Fulfillment Fund, an organization that helps the poor enter into higher education.

The Hollywood Reporter covered the event which was held at the Dolby Ballroom in Los Angeles’ Hollywood & Highland complex Tuesday night.

De Niro began his speech by providing  some background on the organization before turning his attention to Trump.

“A college education is important, but education without humanity is ignorance. Look at our president. He made it through the University of Pennsylvania, so he was exposed to a quality education, but he’s still an idiot,” De Niro told the audience.

The audience started booing when De Niro spoke Trump’s name, De Niro quieted them down, explaining, “No, don’t boo, baby. This is for real. We have to do something about it, sorry. He lacks any sense of humanity or compassion.”

After his college graduation in 1968 Trump lost his deferment and could have been drafted in a year when roughly 300,000 men entered the army through the Selective Service system with most going to Vietnam. He received a medical deferment for having bone spurs in his heels and was not called up.

Continuing, De Niro stated: “And it is especially appropriate tonight, Trump treats education as a con — a way to make a profit at the expense of the suckers. Anyone here planning to get their education at Trump University?” he added sarcastically. “To be silent in the face of such villainy is to be complicit.”

Continuing his remarks about Trump, De Niro told the audience: “But don’t be discouraged, young people. Get your degree from a legitimate institution; you don’t have to become president — you can get an honest job. Or become president — why not? — and restore integrity and dignity to the job.”

De Niro concluded his speech telling the audience that it was not his intention to politicize the event, explaining that: “As long as our country’s leadership is so appalling and so corrupt, I’ll be speaking out at every venue. To be silent in the face of such villainy is to be complicit, and it’s especially appropriate tonight because Trump treats education as a con, a way to make a profit at the expense of the suckers.”

Reporting on the speech, People Magazine noted that:

For years, Trump has cited the Ivy League education he received at the Wharton School of the University of Pennsylvania — a school he’s described as “super genius stuff” — as evidence that he is “a very smart guy.” Earlier this year, he tweeted that one his greatest assets has been “being, like, really smart.” In a subsequent tweet, his said his presidential win “would qualify as not smart, but genius.”

The first clip, below shows De Niro making his remarks about Trump University, followed by a view of De Niro’s teleprompter.

Education without humanity is ignorance. Look at our President. — Robert De Niro pic.twitter.com/1EcdQeSUbA

I worked on #RobertDeNiro 's @TribecaFilm festival and met him through @DonRickles – but his powerhouse speech about @POTUS was UNbelievable. Thanks RDN. pic.twitter.com/Qiq6IRFL48