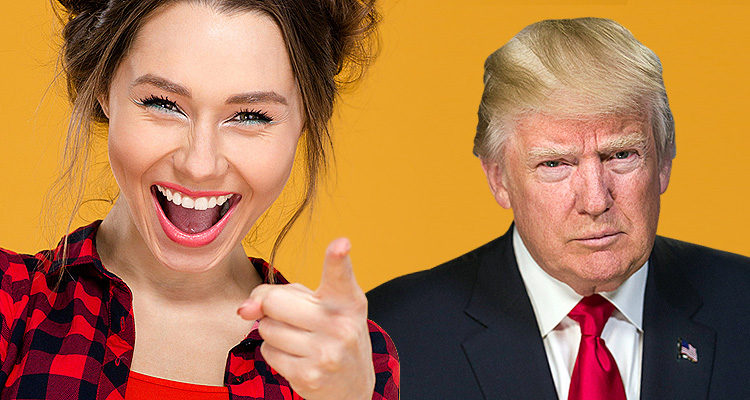 However, Tuesday’s election turns out in Pennsylvania – Democrats are going to come out on top thanks to Trump’s meddling in the special election.

Tuesday’s special election in Pennsylvania is being reported as a “moment of truth” for the Trump – a do-or-die situation – and he all but guaranteed defeat for the Republican candidate there.

Politico reported that: “Republicans mounted a last-ditch stand here to save their struggling candidate for a House seat deep in the heart of Trump country, unleashing the party’s full arsenal to stave off a major embarrassment for the president and GOP heading into the midterms.”

“The multi-million dollar undertaking underscored the enormous stakes” for Trump in a district he won by 20 points, but where polls are showing Democratic hopeful Conor Lamb and Republican nominee Rick Saccone “locked in a tight race. A loss here would be an ominous sign for the party in the run-up to November, starkly illustrating its softening support even in Trump strongholds.”

ABC News reported that: “Tomorrow’s special election in a deep-red Pennsylvania House will mark a clarifying moment in the midst of considerable White House chaos. As Trump’s presidency teeters between breakdowns and breakthroughs, a slice of Trump country gets its say in a race Trump knows will be a statement on his presidency.”

The Hill reported that: “Seeking to give Saccone a boost, Trump traveled to Pennsylvania on Saturday and held a campaign rally outside of Pittsburgh.”

“I came tonight because this guy is special,” Trump told the crowd. The president also branded the Democrat “Lamb the sham,” alleging that he was “trying to act like a Republican.”

In a race where turnout could prove decisive, Trump’s rally could help energize Republican voters. But Democrats insist his appearance could also drive their voters to the polls.

Trump’s visit “is a double-edged sword in the district because it will fire both sides up equally,” said Mark Nevins, a Philadelphia-based Democratic strategist.

However, media outlets have been reporting that Trump privately considers Saccone to be weak.

According to Axios, “There’s a reason Trump said hardly anything about Republican candidate Rick Saccone during a rally in Pennsylvania on Saturday night that was supposed to promote his candidacy.”

Trump appeared with Saccone at an event in January, and in the weeks that followed he described the candidate as less than ideal, according to three people who’ve spoken with him. In February, Trump planned to attend a fundraiser with Saccone, but in the days leading up to the event, the president’s aides privately grew fearful that Saccone wouldn’t be able to draw a sufficient number of donors to the event. …

Trump’s advisers, several of whom have been dispatched to the district, have been miffed, too. During one recent White House meeting, Saccone was critiqued by several administration officials. At one point, first daughter Ivanka Trump, who appeared with Saccone at a small business roundtable near Pittsburgh in February, was asked for her thoughts.

Trump told colleagues she’d been impressed by the candidate, who she described as kind and intelligent. But she noted that Saccone seemed to lack the charisma of many politicians.

Trump critic and former criminal investigator and defense attorney Seth Abramson offered the following take on the news as follows:

Wouldn't it be a shame if, in advance of tomorrow's special election in Pennsylvania, news that the president thinks the Republican candidate is *terrible* went viral and was seen by hundreds of thousands of Pennsylvania voters?

That would really chafe the president, I imagine. https://t.co/mYdxseodLe

As liberals and progressives, we have a real opportunity here in Pennsylvania to make the Trump administration and Republicans look bad. So let’s get out there and help Abramson insure this news goes viral by posting links to the following articles and to ours:

Either way this elections turns out – it will be considered to be a win for Democrats. If they win the election – they take home the gold. If they lose, it will be by a single-digit margin in a district Trump won by 20 points. Either way, the Republicans will have lost significant ground and momentum going into the midterm elections.