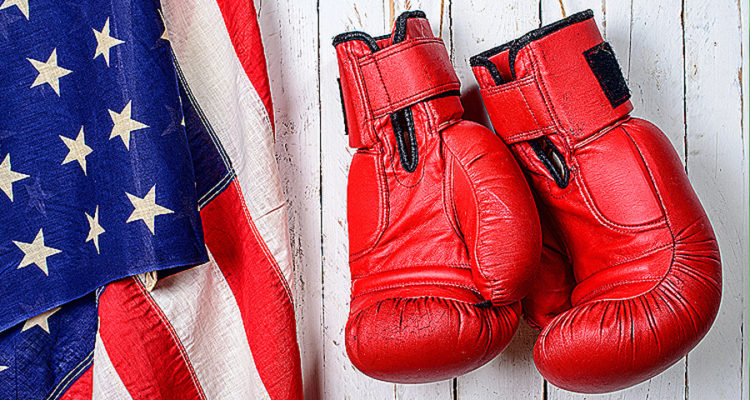 Check out what happens when a Tea Partier tries to deny the existence of voter suppression laws. SPOILER: It didn’t have a happy ending – at least not for him.

I posted the following image on my Facebook profile a while back to help start a conversation regarding voter suppression efforts in North Carolina. 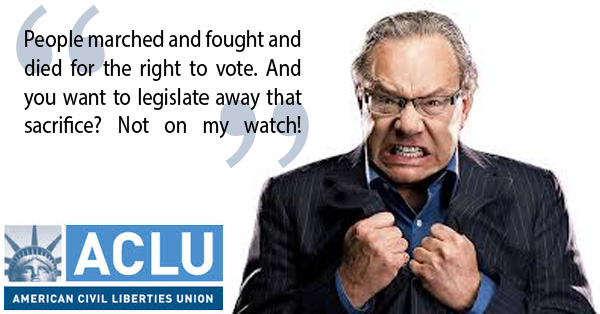 ACLU voting rights ambassador Lewis Black gets so f#%!in’ tired of politicians trying to deny people the right to vote.

As I should have anticipated, the post sparked the interest of my longtime friend and Facebook sparring partner “Name Changed to Protect the Guilty.”

But never fear for, as you can see below, my good friend and teen voting rights activist Madison Kimrey stepped in and schooled my “guilty” friend using a little something we liberals like to call “facts.”

Samuel: NAME CHANGED, last year they passed a voting bill that includes draconian polling place Photo ID restrictions (despite any evidence of polling place impersonation in the state), shortens the early voting period and eliminates NC’s very successful same-day voter registration program. It’s also a laundry list of ways to make it harder for people to vote, and which cannot plausibly be justified on anti-fraud grounds. Other provisions in the bill include the following:

NAME CHANGED TO PROTECT THE GUILTY: Which of these laws makes it impossible for some one to vote??? Answer the question. Jack: In Australia people are required to vote. High turnouts. You just go to a polling place and vote. Putting barriers up to sway elections is a very bad idea.

Samuel: Madison, do you mind schooling this adult on voter suppression efforts in NC?

MADISON KIMREY: OK so, the voting reform law. I am going to assume here that you are in favor of ID’s for voting. Many people are. Right now, the law doesn’t allow students to use student ID. It also doesn’t allow any provisional voting for people without ID. In many states, people can provisionally vote if they have other forms of ID like utility bills with their current address, or sign an affidavit. Personally, I don’t think voter ID is necessary or a good idea, but if it’s a law people want, let’s do it the right way. Oh and if you vote absentee, you only have to write your DL number or SS number and never have to ever show an ID. Ever. It used to be that only a voter from the same precinct could challenge someone’s vote. Now, we have allowed for increased poll watchers and any voter in the entire county can challenge someone’s vote. We have cut the early voting period and county boards no longer have the decision making power to remain open an hour later in extraordinary circumstances. I hope you don’t want to get money out of politics, because now corporate contributions can be sued for more than just buildings and for stuff like salaries, you can run any ad you want before Sept. 7th and not have to say who sponsored it. Outside groups don’t have to disclose any donors or spending before Sept. 7th. Oh, and I am working to change this law. I’m working to re-instate the pre-registration program that passed with overwhelming bipartisan support and after going into effect in 2010, got over 160,000 teens pre-registered and automatically added to the voter rolls. Most teens chose to register as Independents, with the two main parties very nearly equally split in terms of registrations. In many places, this program was tied to Civics classes required for Juniors and Seniors. The program was virtually cost free and the Board of Elections had no trouble using existing software to process the applications. I’m sorry if you either don’t understand or don’t choose to believe this law makes it harder for people to vote and what the intent of this law is. And it really doesn’t matter. What matters is the people of NC coming together to create voting laws through compromise and with common sense, with the goal of making it easier, not harder to register and vote.

Samuel Wynn Warde: Yea, Madison. NAME CHANGED, you just got schooled by a 13-year-old. And with that, there is nothing left except to say: “Class Dismissed.”