The Most Excruciating 45 Seconds In Fox News History – Video 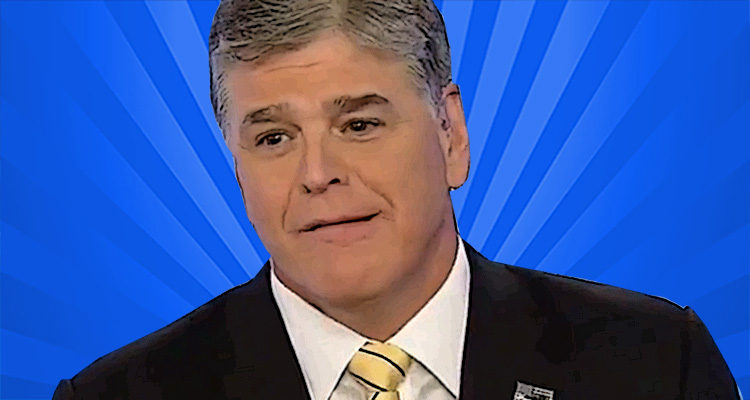 Sean Hannity had to backpedal a rant he made against a bombshell New York Times report in on of the most excruciating moments in Fox News history.

As Business Insider reported that “Hannity came out swinging on his program… in response to a New York Times report that said President Donald Trump ordered the firing of Robert Mueller in June, one month after Mueller was chosen to oversee the FBI’s Russia investigation as the special counsel.”

“The New York Times is trying to distract you” Hannity said of the Times report. “They have a story that Trump wanted Mueller fired some time last June and our sources, and I’ve checked in with many of them — they’re not confirming that tonight. And the president’s attorney dismissed the story, and says, ‘Nope, no comment. We’re not going there.’ And how many times has The New York Times and others gotten it wrong?”

However, as Business Insider reported that while Hannity and his guests discussed another faux controversy regarding the Mueller investigation “Fox News correspondent Ed Henry published a story on Thursday night describing a source as confirming some of the details in the Times report.”

So, Hannity was forced to appear later in the segment and concede that the New York Times report that he had slammed earlier on the program was indeed accurate.

“All right, so we have sources tonight just confirming tonight to Ed Henry that yeah, maybe Donald Trump wanted to fire the special counsel for a conflict,” Hannity said, adding: “Does he not have the right to raise those questions?”

Continuing, he stated: “You know, we’ll deal with this tomorrow night,” and changed the subject, promising a “shocking video of the day” of a high speed police car chase in Arizona

“We have a shocking video of the day to bring to you, by the way. This footage comes to us from Arizona where,

Now This Politics posted a clip of the incident on their Facebook page, which you can watch below.

Their clip cuts from Hannity trying to change the subject to a clip of “Morning Joe” Scarborough laughing at it and shouting “Look over there! That’s straight out of the [James] Carville handbook.” [Carville is a leading Democrat and a liberal political commentator who first rose to national attention for his work as lead strategist for the successful presidential campaign of Bill Clinton.]

After mocking Clinton himself, Scarborough added: “The big takeaway here is just how much people are willing to actually sacrifice their political souls for a man who will never show loyalty in return.”

The clip concluded with a few more shots of Fox News personalities trying to downplay the New York Times story.

You can watch Hannity in action, below: