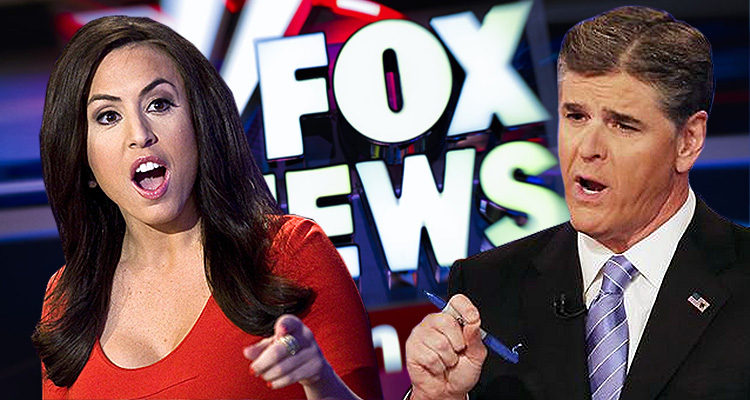 UPDATED 11 June 2018 to reflect new statements during his first interview since effectively retiring from Fox News in March 2018.

Ralph Peters doubles down on his claims about interference with Special Counsel Robert Mueller’s investigation adding that Fox News is a “destructive propaganda machine” and that Putin has “a grip on Trump.”

He refused to renew his contract with Fox News earlier this year, effectively retiring, calling the network a “propaganda machine” for the Trump administration and accusing the network of “wittingly harming our system of government for profit.”

Titled “Why I Quit Fox News,” Peters began by discussing the massive deterioration at the network in recent years:

You could measure the decline of Fox News by the drop in the quality of guests waiting in the green room. A year and a half ago, you might have heard George Will discussing policy with a senator while a former Cabinet member listened in. Today, you would meet a Republican commissar with a steakhouse waistline and an eager young woman wearing too little fabric and too much makeup, immersed in memorizing her talking points.

This wasn’t a case of the rats leaving a sinking ship. The best sailors were driven overboard by the rodents.

After a brief mention of his mass email, he explained that his oath to “support and defend the Constitution” as a young U.S. Army second lieutenant forty years ago demanded his resignation.

Continuing, he discussed the fact that, once Trump emerged on the political scene, he was shunned from giving any meaningful strategic analysis of the Trump campaign or his administration. He went on to explain that there is – indeed – a witch hunt as Fox News claims, but not the one they are promoting:

Fox never tried to put words in my mouth, nor was I told explicitly that I was taboo on Trump-Putin matters. I simply was no longer called on for topics central to my expertise. I was relegated to Groundhog Day analysis of North Korea and the Middle East, or to Russia-related news that didn’t touch the administration. Listening to political hacks with no knowledge of things Russian tell the vast Fox audience that the special counsel’s investigation was a “witch hunt,” while I could not respond, became too much to bear. There is indeed a witch hunt, and it’s led by Fox against Robert Mueller.

The cascade of revelations about the Russia-related crimes of Trump associates was dismissed, adamantly, as “fake news” by prime-time hosts who themselves generate fake news blithely.

After discussing “Fox’s assault on our intelligence community” and its damage to national security, Peters concluded his piece with the following:

I made mistakes, but they were honest mistakes. I took the opportunity to speak to millions of Americans seriously and — still that earnest young second lieutenant to some degree — could not imagine lying to them.

With my Soviet-studies background, the cult of Trump unnerves me. For our society’s health, no one, not even a president can be above criticism — or the law.

I must stress that there are many honorable and talented professionals at the Fox channels, superb reporters, some gutsy hosts, and adept technicians and staff. But Trump idolaters and the merrily hypocritical prime-time hosts are destroying the network — no matter how profitable it may remain.

The day my memo leaked, a journalist asked me how I felt. Usually quick with a reply, I struggled, amid a cyclone of emotions, to think of the right words. After perhaps 30 seconds of silence, I said, “Free.”

Ralph Peters doubles down on his claims during June 6, 2018 interview

On Wednesday, June 6, 2018, Peters returned to the airwaves for his first interview since leaving Fox, doubling down on his accusations and telling CNN host Anderson Cooper that Fox News hosts are “doing a great disservice to our country” and adding that he thinks that Trump is “frightened” of Russian President Vladimir Putin.