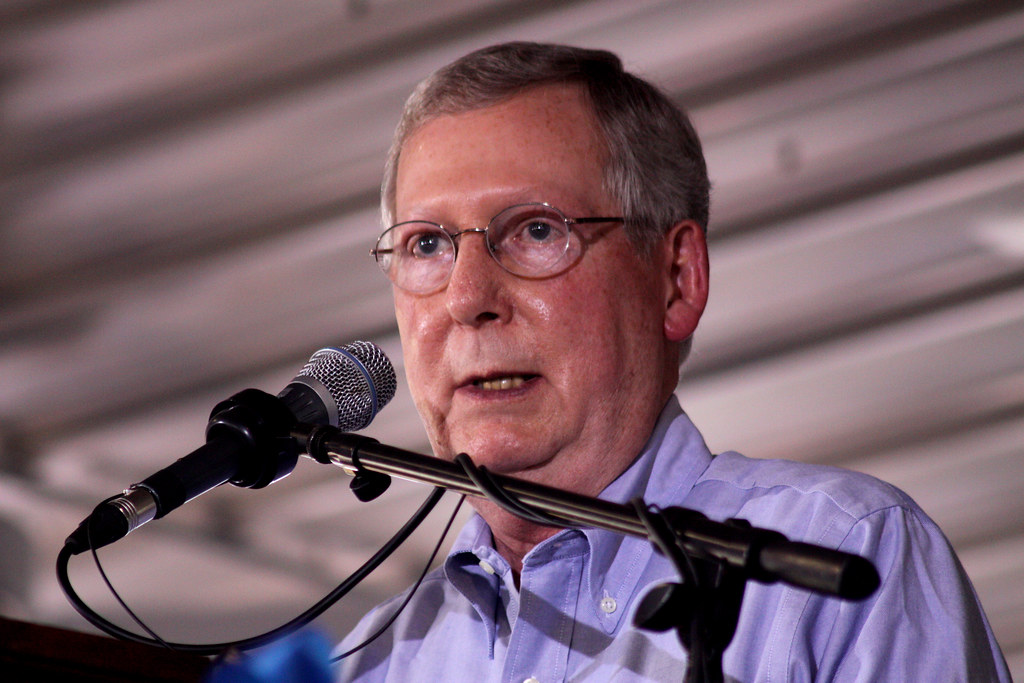 The Republican leadership is destroyed by an award-winning investigative reporter for The Washington Post.

Award-winning investigative reporter Richard Cohen delivered the perfect response to the current state of affairs within the GOP in an op-ed piece published by The Washington Post titled “Trump has performed a medical miracle on the Republican Party.”

As an interesting side note, Cohen joined The Washington Post in 1968 and “he was one of two reporters who broke the story of the investigation of former Vice President Agnew.”

It came over the city during the night, hovering eerily over the Capitol. Some people saw a spooky cloud, while others saw a haze of sorts, appropriately tinged yellow. But as it moved over the Capitol dome, everyone heard the same thing — a terrifying crunching sound. One by one, congressional leaders were having their spines removed.

The first person to be filleted in this matter was Paul D. Ryan (R-Wis.), the speaker of the House. He was averse to Donald Trump, but he subordinated the larger agenda of opposing an anti-democratic president to a smaller agenda of tax cuts and regulatory reform….

The other leaders have been similarly de-spined. They chortle among themselves as Trump says in the morning that he will veto this bill or that bill, and in the afternoon signs it. They say nothing about the rhetorical mugging of Mexico or his long-held and mysterious adulation of Russian President Vladimir Putin. They stay silent while being soaked in a rain of lies, dignity running off them and splashing into the Washington gutter.

Cohen went on to discuss Trump’s assault on the free press and the lack of an adequate response from the Republican leadership to this threat, adding that:

Ryan, Senate Majority Leader Mitch McConnell (Ky.) and other GOP congressional leaders surely do not for a minute believe that CNN, the New York Times or The Washington Post invent stories critical of Trump. They not only know better, they rely on these organizations to stay informed. Moreover, they appreciate why freedom of the press is embedded in the Constitution — No. 1 among amendments.

Continuing, Cohen wrote that “what Trump actually wants is a servile press, one that offers praise, withholds criticism and refrains from reporting awkward truths,” adding: “That’s probably the reason he has criticized Amazon, which was founded by Jeffrey P. Bezos, who also owns The Post. That might also be a reason the Justice Department is trying to block the merger of Time Warner and AT&T. Time Warner owns CNN, which Trump loathes.”

Cohen concluded his article by returning to his analysis that the Republicans lack the spine to stand up to Trump’s assault on freedom of the press and democracy itself:

If America emerges from the Trump years with a corrosive distrust of the press and a less vigorous democracy, then Republican congressional leaders will have to take some credit. Instead of protesting, they preferred to protect their political fortunes, play to the basest part of their base and remain meekly mute. They lack spine. Trump took them all.

There is an interesting epilogue to this story, that being the breaking news today that Speaker Ryan will not being seeking re-election in November.

The New York Times reported this morning that: “Speaker Paul D. Ryan announced Wednesday that he will not seek re-election in November, ending a brief stint atop the House and signaling the peril that the Republican majority faces in the midterm elections.”

Mr. Ryan said he will serve until the end of this Congress in January, which will mark 20 years in Congress. He insisted he will be “leaving this majority in good hands with what I believe is a very bright future.”

But his retirement, at the age of 48, is sure to kick off a succession battle for the leadership of the House Republican Conference, likely between the House majority leader, Kevin McCarthy of California, and the House majority whip, Steve Scalise of Louisiana. And it could also trigger another wave of retirements among Republicans not eager to face angry voters in the fall and taking their cue from Mr. Ryan.

So, if there is a happy ending to this story, it could very well be that Ryan’s departure from Washington could mark the beginning of the end of the Republican Party as we now know it.