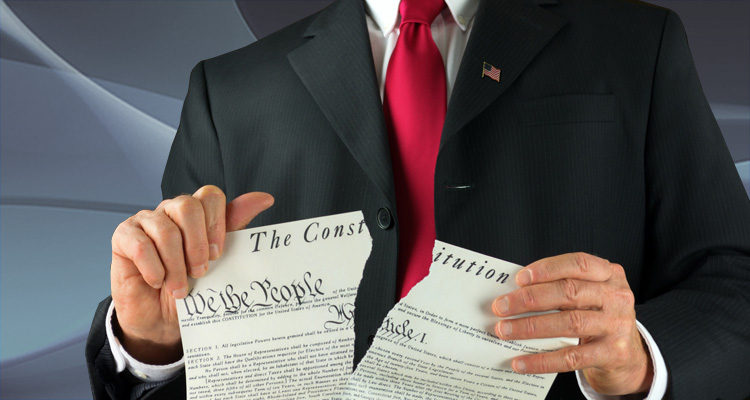 Trump is exposed as the failure he is by two strongly worded articles by two of America’s leading newspapers.

Trump likes to present himself as the greatest deal maker that ever lived, even taking time to pay someone to co-write a self-aggrandizing book titled “The Art of the Deal.” However, as The New York Times and The Washington Post recently explained – Trump is anything but a deal maker. Indeed, it would be fair to call him the master of The Art of the Fail.

Except that so far he has not. As he threw in the towel on immigration legislation, saying that Republicans should give up even trying until after the fall midterm elections, Mr. Trump once again fell short of his promise to make “beautiful” deals that no other president could make.

His 17 months in office have in fact been an exercise in futility for the art-of-the-deal president.

The New York Times listed a few of his blinding failures:

Continuing, The Times reported that Trump fails at the simplest of tasks:

The Washington Post took a deeper look at the ramifications of Trump’s failure, particularly in the arena of foreign diplomacy in an article published in late May of 2018.

The Washington Post began writing that, although “Trump assaults democratic norms, lowers the level of political discourse, spreads prejudicial animosity and undermines objective truth,” there is “another immediate worry” – “that the supposed master of ‘The Art of the Deal’ will make horrible deals that impair American security and economic prosperity.”

Trump is the last person you would want negotiating complicated, consequential international deals with aggressive authoritarian leaders whose positions are firm if not intractable and who have studied the president carefully. Trump has a quartet of disastrous personal qualities that raise the potential that he’ll give away the store for the sake of a “win.”

The Post went on to detail the exact nature of Trump’s failures (which we have abbreviated below using bullet points).

The Washington Post concluded their article with the following admonition/plea:

In sum, the dangers posed by a rogue president are serious and multifaceted. The best his advisers can do would be to limit his one-on-one time with adversaries and impress upon him that he doesn’t want to be labeled a sucker. We should wish them well in their effort to restrain and guide Trump; our security and prosperity depend on it.