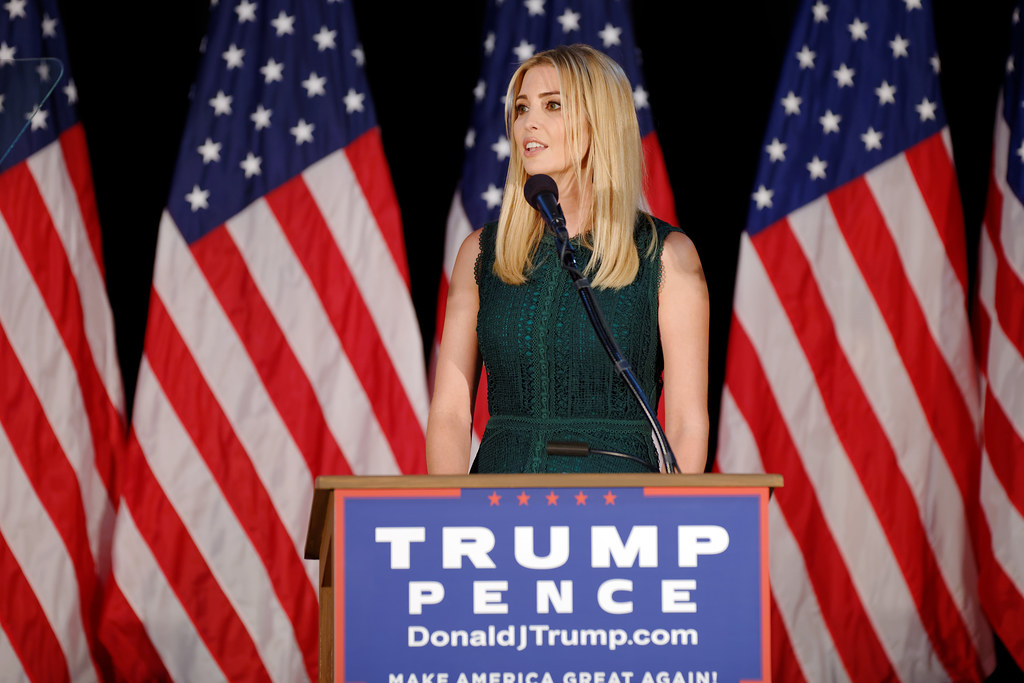 Huffington Post reported that the Democratic National Committee (DNC) isn’t holding anything back when it comes to Ivanka Trump and her mind-numbing hypocrisy of “gushing about the creation of American jobs while her own products are made exclusively overseas.”

Spokesperson Elizabeth Renda made the remarks in a statement published on the official DNC website on Thursday.

Titled: “IVANKA TRUMP IS A HYPOCRITE,” the statement began with the following remarks by Renda:

“While Ivanka Trump is busy writing op-eds calling on American companies to ‘create more jobs, strengthen our economy and restore hopeful futures to countless families,’ workers in countries like Indonesia, China, Vietnam, Bangladesh, and India are busy too – working in conditions below industry standards to manufacture clothing and shoes for the first daughter’s namesake brand.

“The first daughter and special adviser to the president loves to portray herself as a champion for working women, but one look inside the overseas factories where she chooses to manufacture her products proves that she is anything but. The women manufacturing ‘Ivanka Trump’ clothes and shoes are paid so little that many of them are forced to live without their own children.

“The American people will not be fooled by the Trumps’ political publicity stunts calling for the creation of more American jobs, and they won’t fall for Ivanka’s faux feminism. The reality of how this family runs its own businesses is clear: choosing not to buy American, hire American, or make meaningful investments in American workers.”

The statement went on to include quotes from leading media outlets to include: