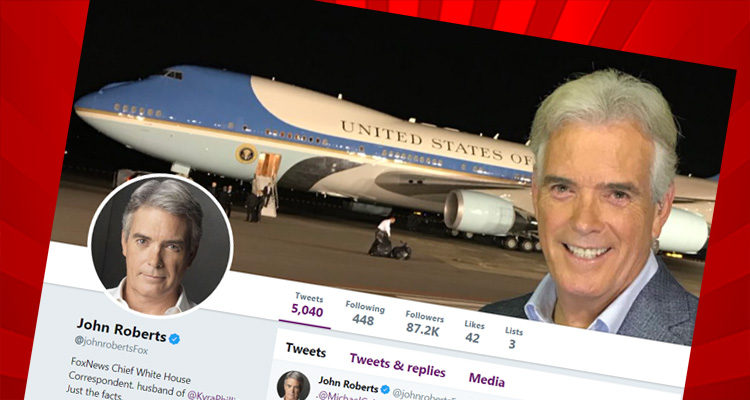 The hits keep coming for Team Trump, with Fox News Chief White House Correspondent John Roberts tweeting out a massive bombshell that could spell the beginning of the end.

To say today was a bad day for the White House and team Trump would be the understatement of the decade, if not longer.

Former criminal investigator and criminal defense attorney, Seth Abramson, may have said it best this morning when he tweeted: “It’s too much to hope for, but the idea of a Cohen plea and a Manafort guilty verdict on the same day is like a hot fudge sundae sitting on a rainbow.”

Well, as it turned out – that wasn’t too much to hope for after all.

Cohen pleaded guilty to five counts of tax evasion, one count of making a false statement to a bank and two campaign finance violations: willfully causing an illegal corporate contribution and making an excessive campaign contribution.

And then it got worse, much worse!

The scene shifts to the Twitter page for Fox News Chief White House Correspondent John Roberts who posted an image of a statement by Michael Cohen’s attorney, Lanny J. Davis, which read as follows:

Not finished with the bad news, he sent out  a couple of tweets providing more background on Cohen’s plea:

However, his final tweet was a huge bombshell admission by Trump’s favorite network:

.@MichaelCohen212 attorney @LannyDavis tells @FoxNews “This is just the beginning” and that Cohen will speak with any investigators (including Mueller) “to make sure the truth about @realDonaldTrump gets out”