Even In Death, John McCain Had One Final Burn Planned For Trump And Vladimir Putin, Two Of His Biggest Foes 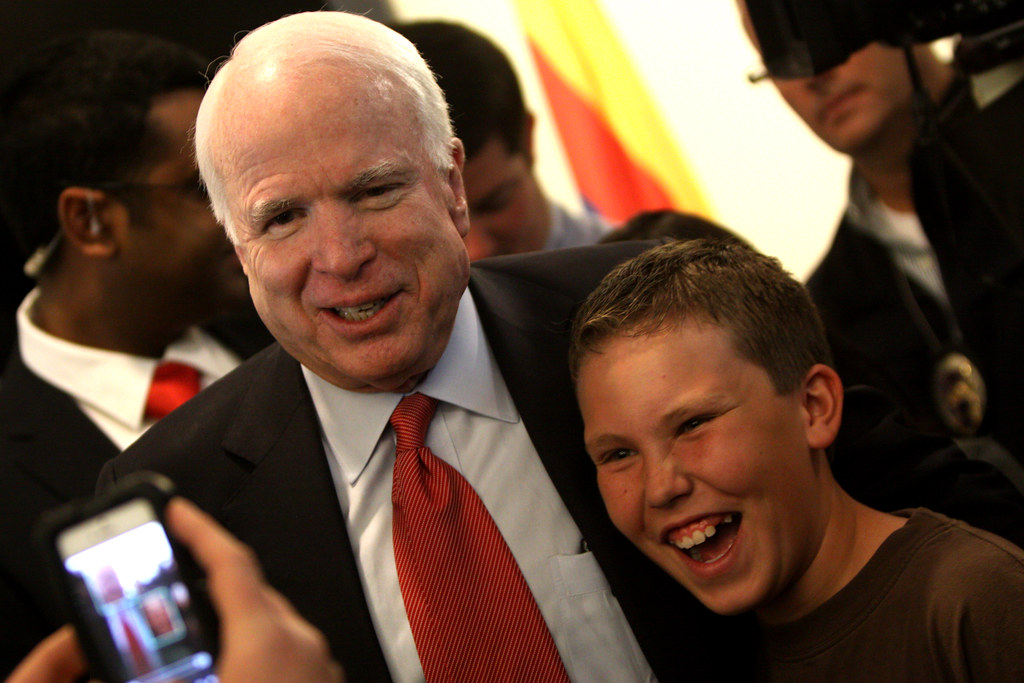 John McCain continues to reach out from the great beyond to take one last dig against rivals Donald Trump and Vladimir Putin.

The war between Trump and John McCain continues to rage despite the Republican Senator’s death this weekend.

McCain managed to get a couple of digs in prior to his passing, as Time Magazine reported:

McCain, who died at the age of 81 a little more than a year after being diagnosed with an aggressive brain cancer, had a longtime feud with Trump, which extended to pointed remarks in his farewell letter.[1] McCain’s family had asked that Trump not attend funeral services prior to the Arizona senator’s death, according to initial reports from the New York Times later confirmed by the Associated Press. In his requests for the funeral, McCain asked that former presidents Barack Obama and George W. Bush deliver eulogies.

Politico reported on Tuesday that McCain had one last trick up his sleeve:

Even in death, John McCain has one final burn planned for two of his biggest foes — Vladimir Putin and Donald Trump — at a moment when much of the world will be watching. The Republican senator from Arizona, who planned his own funeral, chose Russian dissident Vladimir Kara-Murza as one of the dignitaries to carry his coffin to the front of the Washington National Cathedral at Saturday’s memorial service.

The funeral cortege, or procession, is often one of the most-watched parts of any televised memorial service, and McCain appears to have chosen his pallbearers with that in mind.

The choice of Kara-Murza, who says he has been poisoned twice, appears aimed at sending a last message to Putin and Trump, whom McCain had criticized for sounding too cozy with the Russian leader, amid an investigation into whether the U.S. president’s allies cooperated with Moscow’s efforts to intervene in the 2016 election.

CNN provided another point of interest regarding McCain’s clear disdain for Trump:

McCain felt until the end of his life that Trump represents a historical anomaly and a diversion from America’s traditional leadership. He maintained that core American values would reassert themselves.

“Increasingly, we have our own facts to reinforce our convictions and any empirical evidence that disputes them is branded as ‘fake,'” McCain wrote in his just-published book “The Restless Wave.”

That was a clear swipe at Trump, but also one at the political polarization that has made Washington so dysfunctional.

“We weaken our greatness when we confuse our patriotism with tribal rivalries that have sown resentment and hatred and violence in all the corners of the globe. We weaken it when we hide behind walls, rather than tear them down, when we doubt the power of our ideals, rather than trust them to be the great force for change they have always been. We are 325 million opinionated, vociferous individuals. We argue and compete and sometimes even vilify each other in our raucous public debates. But we have always had so much more in common with each other than in disagreement.”