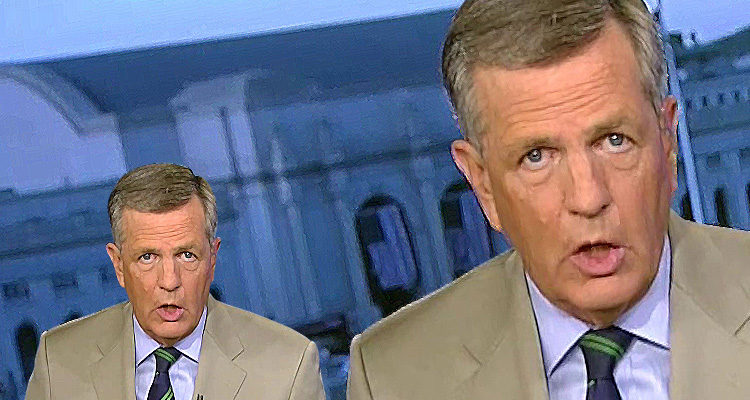 Seth Abramson wasn’t holding anything back when he unleashed a Twitter post on Fox News political analyst Brit Hume.

Outspoken, Abramson has also used his Twitter account to school others on the intricacies of the law when he notices someone spreading misinformation.

It all began when Hume retweeted a post by Axios co-founder Mike Allen linking to an article about the latest chapter in the continually changing story from Team Trump regarding the controversial – and probably illegal – Trump Tower meeting.

🔥 Why it matters: This marks a huge reversal in the Trump team's narrative https://t.co/hVl87Mnrvh

Apparently annoyed, Hume tweeted: “Another example of the media’s refusal to recognize the difference between what Trump Jr. was expecting and hoping the Trump Tower meeting to be about and what it ended up actually being about.”

Abramson quickly called the class to order, tweeting: “It has nothing to do with the media, @BritHume. It has to do with the criminal justice system and federal criminal statutes whose requirements you do not understand and are clearly unwilling to accept when they are applied equally to average citizens *and* politicians you admire.”

It has nothing to do with the media, @BritHume. It has to do with the criminal justice system and federal criminal statutes whose requirements you do not understand and are clearly unwilling to accept when they are applied equally to average citizens *and* politicians you admire. https://t.co/4qYjl5t8nA

Simple enough, but taken in the context of his other remarks about Fox News contributors and the network itself, the story runs much deeper.

A perfect case in point is a thread Abramson posted in April, weighing in on an article by The Hill, which had reported that Fox News was most-watched cable news network for 65th consecutive quarter.