September 10, 2018 by Whatever Jones No Comments 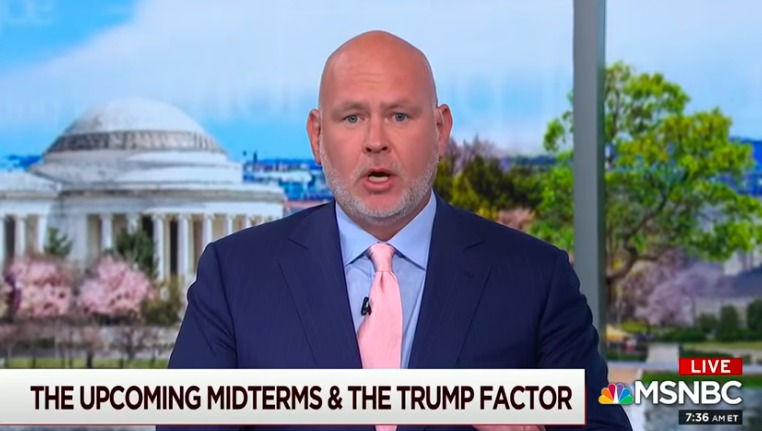 MSNBC’s Joe Scarborough talked with former GOP strategist Steve Schmidt about the outlook for Republicans this November, and it’s not good. Schmidt, who was John McCain’s campaign manager in 2008, trashed and ridiculed the Republican Party, saying there are too many “kooks” and “nutballs.”

Scarborough pointed out there are at least five red states that are considered safe for Republicans and that Democratic candidates should be at least 20 points behind, but those races are neck and neck.

Schmidt responded with, “Let’s start with Tennessee. Phil Bredesen (D), we have a candidate who is well known, former governor, former mayor of Nashville, running against a Republican candidate (Rep. Marsha Blackburn, who) on the 1-10 kook scale clocks in at about 13.3, so no surprise he’s ahead in that race.”

He pointed out that Democratic Senator Joe Manchin is ahead of the Republican Attorney General Patrick Morrisey in West Virginia.

Schmidt said, “What you do see across the country as we head into the fall campaign, I think, is a rising wave that’s going to repudiate Trumpism. I think this is a profoundly significant election. I think people in this country understand what’s at stake. I think the majority opposes the tone, the meanness, the cruelty, the vileness, the corruption of it all before you get a single issue, and we’re seeing that in the generic ballots.”

The Republicans fundamentally have a nut problem. You have a lot of nutball candidates,” Schmidt added.

“You look at the Dan McCready (D), Mark Harris (R) race in North Carolina,” Schmidt said. “He’s [McCready] literally running against Commander Waterford from ‘The Handmaid’s Tale,’ who is out on the campaign trail talking about the necessity of women submitting to their husbands. Just extraordinary.”

“Then we have your normal Republicans that are just swept up in the tide who have shown cowardice and complicity in the age of Trump and thus they’ve alienated all those college-educated, suburban Republican women,” Schmidt added. So I think it is not good tidings headed into Election Day. Republicans on the Hill and Republican staff and lobbyists know what the writing on the wall is here, which is the die is cast for a big defeat come November.”

Last June, Schmidt announced that because of Donald Trump, he was leaving the Republican Party to become an Independent.