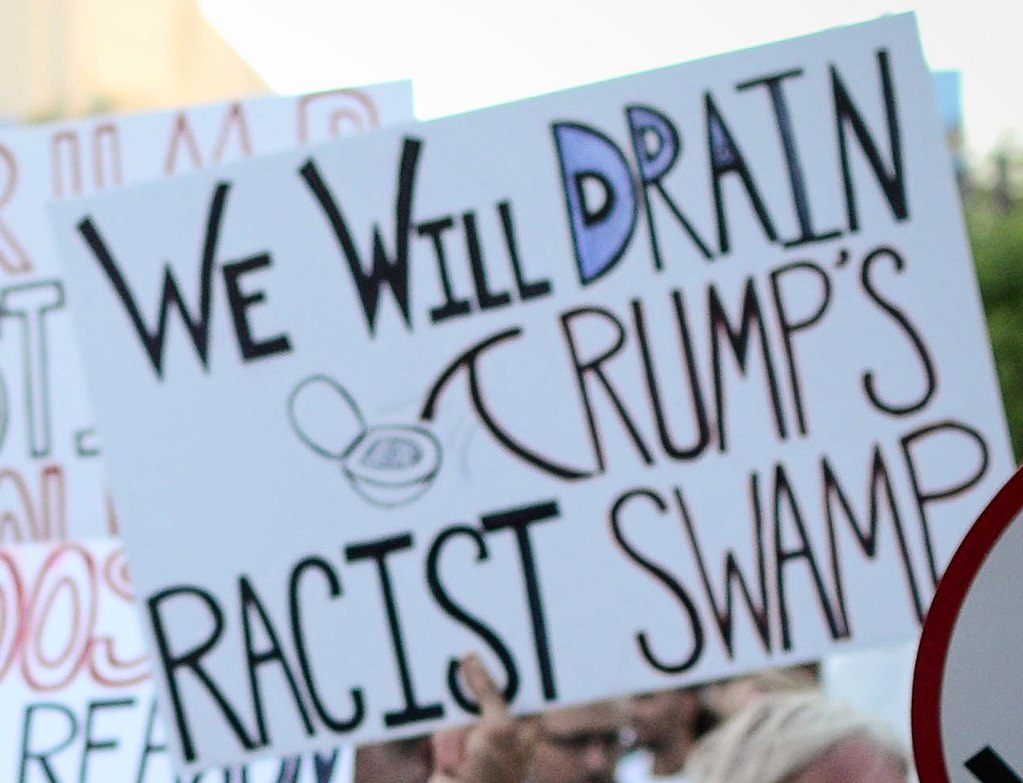 Republican candidates are either a card-carrying Nazi, a Holocaust denier, a proud white supremacist, or all of the above in 5 races this year.

Vox News reported earlier this year that “Self-described Nazis and white supremacists are running as Republicans across the country.”

The Atlantic reported in August that:

The most enduring scandal in and around the White House might not be corruption, but rather the administration’s constant embrace of bigotry from white-supremacist and far-right groups.

Trump is easily impressed by lies and falsehoods that appear to support the agenda of his mostly white base, and the backlash that he has received for repeatedly spreading misinformation from hucksters, hoaxers, and hate groups hasn’t seemed to phase him…. He’s repeatedly shared tweets from garden-variety racists and bigots, and he once retweeted an actual Twitter account with the name “White Genocide.” Each time, the president has either done nothing or deleted the tweet with little explanation and no apology.

[I]n reality, the pipeline that Trump and his allies have built between hate groups and the mainstream isn’t accidental, unwitting, or merely the product of being repeatedly taken in by grifters. This is what was always promised with the refrain of “Make America Great Again,” a dog whistle that many minorities were once ridiculed for properly hearing…

When all else fails, when associates become witnesses and the political clouds darken, Trump is always aware that the live wire at the core of Trumpism—the energies he first wielded when demanding Obama’s birth certificate—will always be there. There’s a hard base of white support that he can always activate by selling the fear that white power will be usurped. Unfortunately for those who might be purged, interned, deported, disenfranchised, or disappeared should those fears be allowed to reign, many Americans are still buying into them, and will continue to do so.