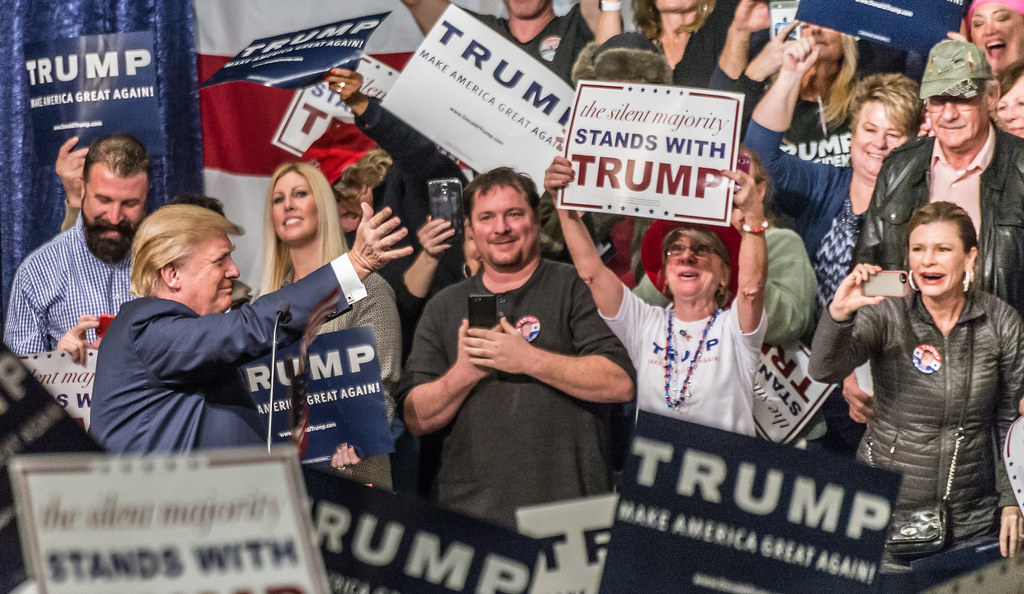 “When will Republicans wake up and resist the white supremacist scheme to take over their party?” ~Democratic strategist Peter Daou

Longtime Democratic strategist Peter Daou asked the question that has been on the mind of many Americans when he responded to a nonsensical tweet by Fox News.

Fox News tweeted a link to an article on their website titled: “OPINION: When will Democrats wake up and resist the socialists’ scheme to take over their party?” prompting a swift – and obvious – response from Daou.

And there is no lack of evidence supporting Daou’s claim that the GOP has been overrun by white nationalists and other far-right groups.

As Vox News reported earlier this summer, “Self-described Nazis and white supremacists are running as Republicans across the country.”

The Atlantic addressed this very issue in August, reporting that: “The most enduring scandal in and around the White House might not be corruption, but rather the administration’s constant embrace of bigotry from white-supremacist and far-right groups.”

Trump is easily impressed by lies and falsehoods that appear to support the agenda of his mostly white base, and the backlash that he has received for repeatedly spreading misinformation from hucksters, hoaxers, and hate groups hasn’t seemed to phase him. In November 2017, just a few months after his lukewarm and controversial criticism of Klansmen and Nazis in Charlottesville, Virginia, he received an official rebuke from British Prime Minister Theresa May after retweeting videos from the far-right group Britain First purporting to show crimes committed by Muslim immigrants. He’s repeatedly shared tweets from garden-variety racists and bigots, and he once retweeted an actual Twitter account with the name “White Genocide.” Each time, the president has either done nothing or deleted the tweet with little explanation and no apology, and he’s rarely been pressed about it.

[I]n reality, the pipeline that Trump and his allies have built between hate groups and the mainstream isn’t accidental, unwitting, or merely the product of being repeatedly taken in by grifters. This is what was always promised with the refrain of “Make America Great Again,” a dog whistle that many minorities were once ridiculed for properly hearing.

And it’s clear that this pipeline is a lifeline in moments of peril for Trump. When all else fails, when associates become witnesses and the political clouds darken, Trump is always aware that the live wire at the core of Trumpism—the energies he first wielded when demanding Obama’s birth certificate—will always be there. There’s a hard base of white support that he can always activate by selling the fear that white power will be usurped. Unfortunately for those who might be purged, interned, deported, disenfranchised, or disappeared should those fears be allowed to reign, many Americans are still buying into them, and will continue to do so.