September 6, 2018 by Samuel Warde No Comments 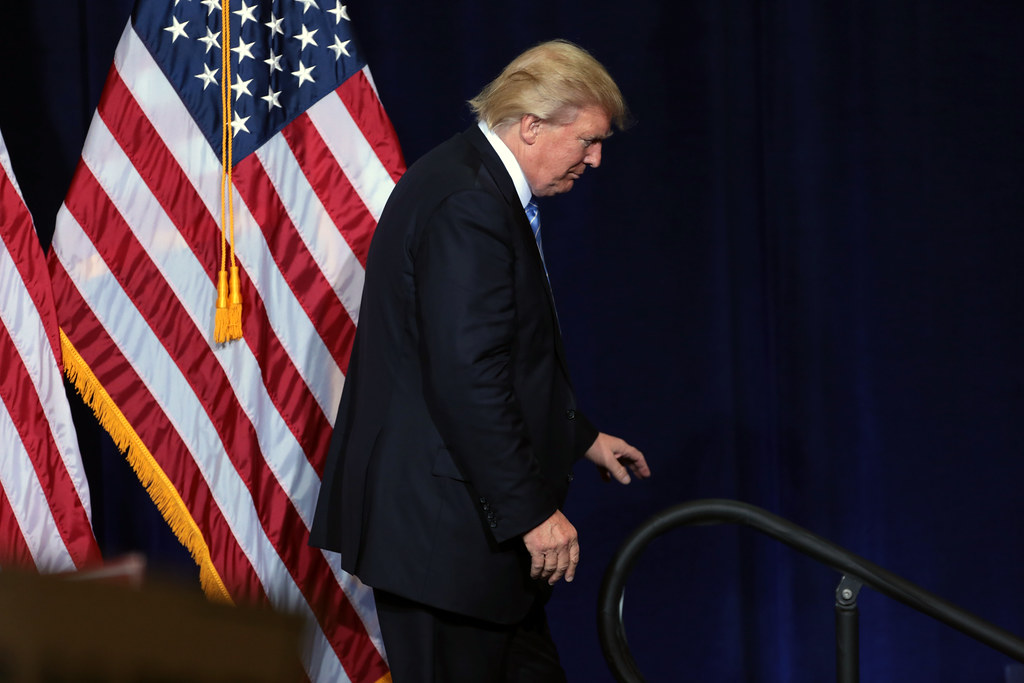 “If your boss is sending around memos that claim no one is calling him an idiot behind his back, you’ve gone well beyond the satirical world of Dunder Mifflin.” ~Scott Gilmore

Former Canadian diplomat Scott Gilmore is speaking out about the daily humiliations endured by Trump in the wake of the latest round of scandals this week – excerpts from Bob Woodward’s new book.

Gilmore has written extensively for Maclean’s Magazine about the Trump regime, covering a range of topics to include: Trump’s “diplomatic treason,” writing: “Trump’s foreign policy moves have hurt U.S. influence in return for no benefit. It is beyond bad.” He has written several articles dealing with Trump’s corruption and how foreign governments are learning that bribery is the best way of negotiating with his regime. Recently, he penned an article calling on Canadians to boycott Trump organization companies and any other companies providing their products or services. He also penned an article making the case for invading America. Although that article was tongue in cheek, it did raise some serious questions regarding America’s continued global influence in the Trump era.

Gilmore began his most recent article, “The Daily Humiliations of Donald Trump,” writing: “The American president faces a barrage of daily embarrassments and insults that would undo most of us. How does he do it?”

Continuing, he wrote of Trump’s efforts to play the tough guy:

Standing on stage at a campaign rally, he thrusts his chin upwards and basks in the ovations. Sitting at the cabinet table he holds court like a king, demanding and receiving fealty from the gathered barons. Meeting with foreign leaders he shakes their hand with the subtlety of a prizefighter. He has carefully cultivated this image of power and dignity. (There’s a reason you have never seen him laugh.)

However, there are the daily indignities that come with his administration:

[P]aradoxically, Trump is forced to endure more humiliations than any president before him, he must debase himself in ways never before imagined possible, and he faces daily embarrassments that would undo most of us.

Consider Trump’s tweets from this morning [Wednesday, 05 September 2018]. The president was reduced to personally circulating statements from his key staff claiming they had never referred to him as a fool or mocked him behind his back. I don’t care where you work or what you do, but if your boss is sending around memos that claim no one is calling him an idiot behind his back, you’ve gone well beyond the satirical world of Dunder Mifflin.

Making today’s ritual abasement even worse, the denials were necessary because of the upcoming release of the Bob Woodward book, written after hundreds of hours of taped interviews with White House officials, who have labeled the Trump administration “crazy town”. Details have been running in newspapers around the world, and if even half of the stories are true (and Woodward’s reputation for diligence suggests they are) they make Trump look like the most incompetent and foolish president in modern history.

The humiliations are relentless, they continue day after day. Long time staff turn on him and seek immunity from prosecution to do so. Affairs with strippers are publicized in every news outlet in the world. Sports teams refuse to meet with him. Foreign leaders avoid him.

But now, two years after his inauguration, Trump and his team are embarrassed every day by new scandals, revelations, missteps and betrayals. Almost no one is still taking him seriously, not even erstwhile allies in congress. Donald Trump is often accused of having no shame. Surely, this has to be true—how else could you explain his almost superhuman ability to endure all of these humiliations again and again and again?