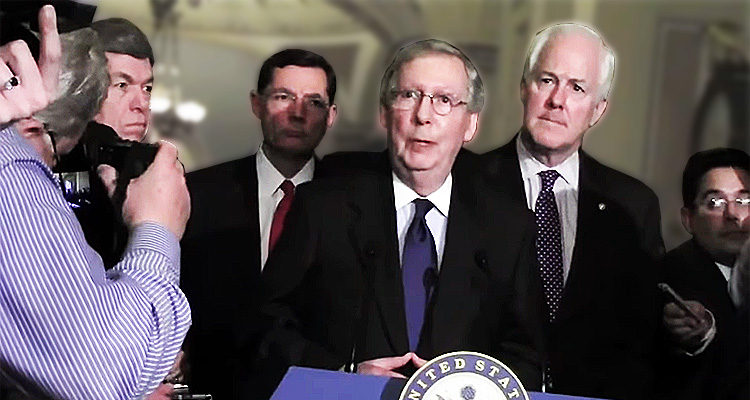 Mitch McConnell may be gloating after successfully getting Brett Kavanaugh confirmed to the Supreme Court, but this 2013 press conference was a complete disaster.

Senate Majority Leader Mitch McConnell (R-KY) may be gloating in the wake of his success in forcing flawed nominee Brett Kavanaugh onto the Supreme Court. This, of course, comes in the wake of Republicans’ refusal to hold hearings on President Obama’s nominee, Merrick Garland.

Liberals are angry, and rightfully so, making this 2013 press conference all the more entertaining. Questioned by reporters, McConnell ended up sounding like a stammering fool (no insult intended towards those who stammer or to fools) repeating himself three times in an effort to dodge a question regarding possible ethics violations by his office during his 2014 bid for reelection.

As reported by Mother Jones at the time, a secret recording from February 2013 had been revealed in which McConnell and his aides were captured discussing how they could attack Ashley Judd who was considered a serious contender for the Senate seat held by McConnell.