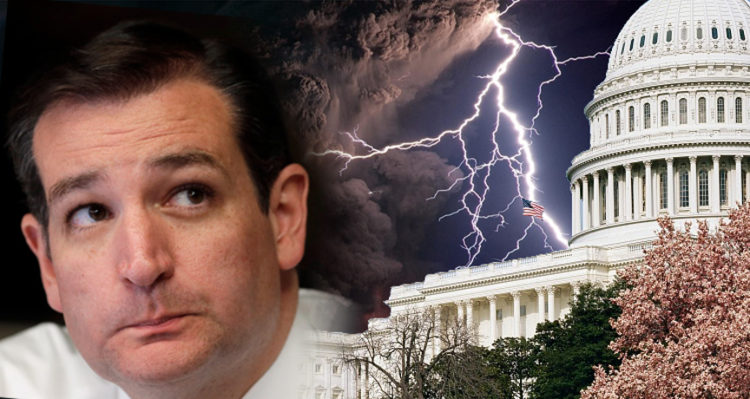 Even conservatives are speaking out about Ted Cruz.

Back in the spring of 2015 – long before Trump came on the scene, the noted conservative website Forbes.com  published a scathing smack down of Ted Cruz’s decision to announce his candidacy for the presidency at Liberty University, a religious institution founded by Rev. Jerry Falwell.

Forbes contributor Rick Ungar noted that Cruz “spent the first part of his speech extolling the virtues of Jesus Christ and the importance the Christian faith played in keeping his family together.”

Ungar went on to note that while he could understand Cruz’s motives for choosing the school for his announcement, “to appeal to the evangelicals who form the base of his political support,” he “could not help but feel that, in willfully ignoring our traditions, Senator Cruz was also willfully ignoring me along with the many Americans who practice a different faith or no faith at all.”

Getting to the crux of his indictment against Cruz, Ungar writes that Cruz’s announcement “disrespects the Founding Fathers,” writing:

Personally, I think most of our Founders were turning over in their graves.

Ted Cruz revealed that he was only interested in making the statement to the religious right that he is their man while making it clear that he could care less about the traditions of our nation which call for our leaders to represent and care for the concerns of all the people—not just those who share the candidate’s religious beliefs. […]

If Senator Cruz really wants to ‘imagine’ a better America, he might begin by imagining a campaign that begins with a statement of inclusion and belief in all of America’s people, not just those who meet his own religious litmus test.