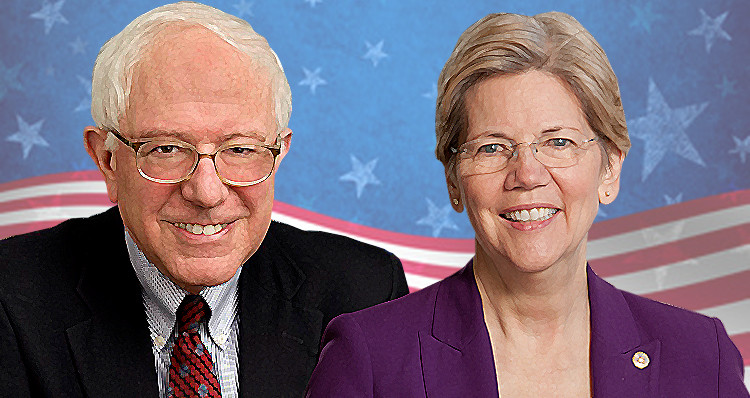 Elizabeth Warren stepped into the Democratic primary debate this week saying she is still cheering Bernie on.

Progressive firebrand Elizabeth Warren, the Democratic senator for Massachusetts, has not endorsed anyone for the presidential nomination so far.

This Thursday, when asked by reporters whether or not she thought Sen. Bernie Sanders should drop out of the race, she responded that she was “still cheering Bernie on.”

‘”He’s out there. He fights from the heart. This is who Bernie is,” Warren said, adding: “He has put the right issues on the table both for the Democratic Party and for the country in general so I’m still cheering Bernie on.”

The Boston Globe reported that Warren said that “either Sanders or Hillary Clinton would be a far better president than the Republican candidates — pointing to the ongoing health care debate.”

There have been rumors for some time about a possible Sanders – Warren ticket were the Vermont senator to win the Democratic nomination.

Last July, Liberals Unite reported that Sen. Elizabeth Warren wasn’t ruling out the idea of joining Democratic presidential hopeful Bernie Sanders on the campaign trail; and in January of this year Sanders may have hinted that he would consider running with her as his running mate during an appearance on “The Nightly Show with Larry Wilmore.”