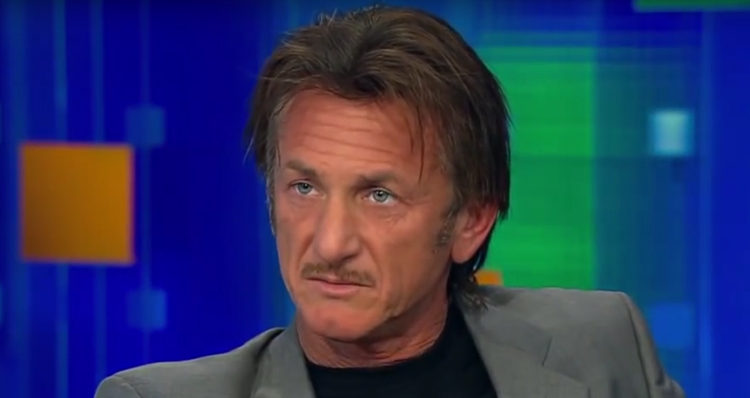 “I think there is a mental health problem in Congress.” ~Sean Penn

Actor and activist Sean Penn sat down with MSNBC’s Piers Morgan in late 2013 to discuss Congress’ “mental health problem” and his belief that some members of the Tea Party should be “committed by executive order.”

Penn had recently been in Haiti as part of a years-long relief effort in the wake of a devastating earthquake that hit the Caribbean island in 2010.

Referring to the United States as “the third world country that I come from,” Penn discussed the then-recent government shutdown that was led by Tea Party favorite Sen. Ted Cruz (R-TX).

“It is funny, because what you were talking about before we went to the break, you know, I, I was in Port-au-Prince when the shutdown happened. And, and I said to people — they need, I had stuff that it was demanding on me in Port-au-Prince but I, I had to come home. I said, ‘Listen I, I have to leave Haiti now because I have to travel to the third world county that I come from.'”

Speaking about the role of the Tea Party in the shut down, Penn continued.

“I think for let’s, let’s go to the Tea Party influence on Congress on this thing. I think they have, there’s a mental health problem in Congress. This would be solved by committing them by executive order, I think, because these are our American brothers and sisters. We shouldn’t be criticizing them, attacking them. We should take their — this is a cry for help.”

Asked if he was literally suggesting that “people like Ted Cruz” should be committed, Penn responded that “he’s my American brother. I want, we think, we should take care of him. He’s in trouble.”

A laughing Morgan followed up: “Well, actually have him committed?”

Penn continued, to the laughter of Morgan, explaining that he felt education, or lack thereof, is a big problem for the United States:

“But then you look at, you know, the, look, there’s a lot of reason to take a shot at me, and I’m giving people a lot of reason to over the years. But the thing you’re talking about and, and the way people’s perception of political positions are, is a direct reaction to their lack of, of their education which is a huge problem that we’re dealing with in the country. And between an uneducated people and the solipsism of the people like Ted Cruz and their party, it’s a poisonous thing.”

You can watch the clip below, courtesy of CNN: